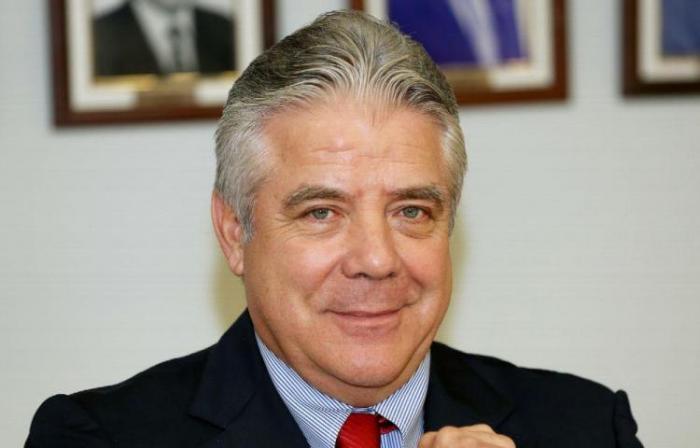 The announcement was made by Aramburú Porras himself on his twitter account: "Today I submitted my resignation from the Democratic Revolutionary Party of which I was a founder in 1979, for not identifying myself with the ideals and values ​​that its leadership has manifested for some time, having become a clientelistic party without a north".

Aramburú Porras was the first Minister of Economy and Finance of the Republic of Panama in 1999, for which he was in charge of merging the Ministries of Finance and Planning and Economic Policy; He previously served as General Director of Revenue and General Director of the Institute of Hydraulic Resources and Electrification (IRHE), from which he led the restructuring and privatization of the electricity sector.

In addition, he was a member of the Banking Commission (currently the Superintendency of Banks) and General Manager of important companies and entities in the energy and industrial sectors, such as Petro-Terminal de Panamá, the Transístmico Pipeline, and Azucarera Nacional SA

The resignation of the PRD of Aranburú Porras joins the one already announced a few months ago by the former Minister of Youth, Children and the Family, Leonor Calderón, and that of the economic adviser in the Ministry of the Presidency, David Saied Torrijos, who a few days he was removed from office after questioning the actions of some PRD leaders.  At the time, Calderón stated that the evolution that our political system has taken in recent years led him to the conviction that it is necessary to seek new spaces to participate and contribute to the strengthening of the country and move towards the construction of a welfare state. , at the service of each and every one of the Panamanians. "I feel that there is an exhaustion of these traditional spaces and I believe it is imperative to oxygenate our political system," he said.