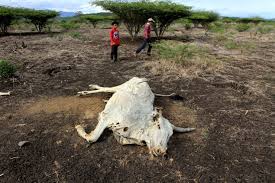 At least  266 cattle have died in the province of Los Santos due to the drought, while producers say they are still waiting for government aid.

Rodrigo Vega, Ministry of Agriculture (MIDA)   regional director of Los Santos, acknowledged that the amount may be higher.

We do not rule out that the amount is higher because many producers have not come close to reporting their dead animals within the province," he said

Vega urged farmers to report the deaths, because it is necessary to quantify the losses of the agricultural sector.

He said that the regional MIDA of Herrera and Los Santos prepared an emergency plan to mitigate the effects of the dry season. but is waiting for the disbursement of the $3.1 million that are needed to implement the plan, which, among other things, includes the drilling of 600 wells (250 for Herrera and the rest for Los Santos).

drought cattle mida
Share
Previous Post
Ban on travel to the interior remains in force
Next Post
Hundreds of Panama restaurants and bars and  over 30,000 jobs will disappear

Again and again, always the government is responsible. It is a joke. In no country in the world are governments responsible for private enterprises. These farmers do not invest in water reserves, planting of trees, water irrigation systems, and storage of food and water. All they invest in are big cars, cello phones, girl friends, big fincas with staff etc it is a joke. They should be put in jail for animal cruelty