Design of bridge lagging, but project will advance - Minister 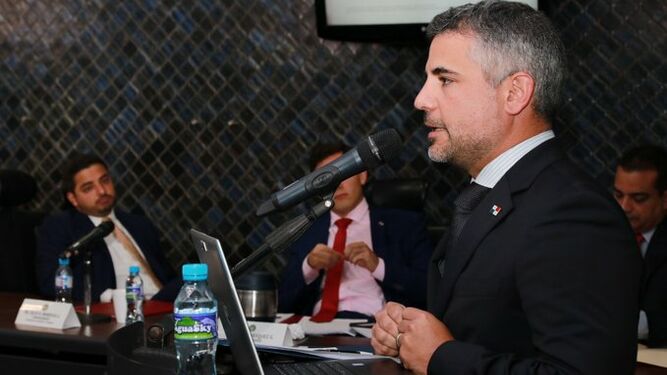 The design of the fourth bridge across the Panama Canal is four months late  but the project will be executed said Rafael Sabonge, Minister of Public Works

He was participating, in the first debate on  Public-Private Partnership in the National Assembly on Monday, August 19.

Salonga said that this year the $213 million that had been allocated to the bridge will not be executed and that is why part of these resources were transferred to the Ministry of Agricultural Development to settle outstanding accounts with producers.

However, the minister reiterated the commitment of the MOP  to the project. "We are strengthening the institutional framework within the Ministry of Public Works to give the correct follow- " he said.

The project has a cost of $1,518 billion and was awarded by the previous administration to the Chinese consortium Panama Cuarto Puente.

The order to proceed was delivered in December 2018 and the ceremonial first shovel was wielded by, former President Juan Carlos Varela in May of this year, just before the presidential elections.

But you get the idea. Canal expansion, highways, Teatro Nacional, still repairing terrible construction in the repair of Puente de las Americas, and you can put your money down that these new sports structures will not be completed in time for the GAMES unless the world steps in. And then still no guarantees.

Wow, how did that get so garbled.