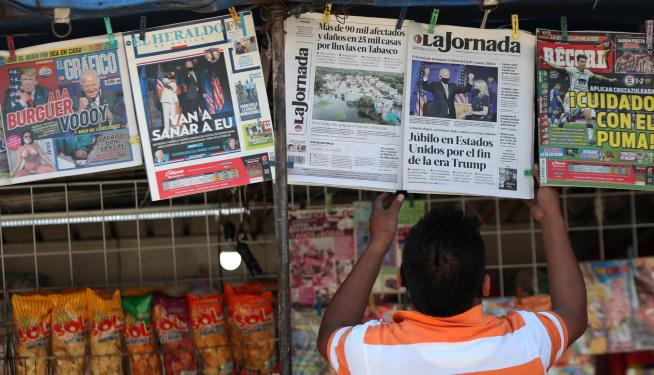 Panama joins 62 countries including Israel and Senegal where press freedom is “problematic” while neighboring Costa Rica is ranked 8th in the world in the latest Reporters Without Borders (RSF) World Press Freedom Index.

In its report, published Tuesday on the occasion of World Press Freedom Day, the organization,  evaluates the practice of journalism in 180 countries. An examination that has served to show the disastrous effects of information chaos, with the multiplicity of false information and propaganda spread on the Internet.

In the twentieth edition of its world index on Freedom of the Press, RSF points to the development of opinion media that imitate the model of the US chain Fox News, and to the trivialization of disinformation circuits.

These practices, "amplified by the functioning of social networks", cause the growth of the fracture and the division of public opinion, says an extract from the report.

"The invasion of Ukraine (106th) by Russia (155th) at the end of February  is emblematic of the phenomenon because it has been marked  by a propaganda war,"

The international analysts who participated in the study have uses five indicators to give a vision of press freedom - legal, economic, social, cultural, and security,

Norway, Denmark, and Sweden continue to top the list, as democratic models where freedom of expression prevails, RSF observes a media polarization in the United States.

The pandemic has served as an accelerator for censorship in regions such as Latin America. Mexico (127) remains the deadliest country in the world for the press, and in Nicaragua (160) and El Salvador (112) the situation is getting worse by leaps and bounds. The only exception in Latin America is Costa Rica,