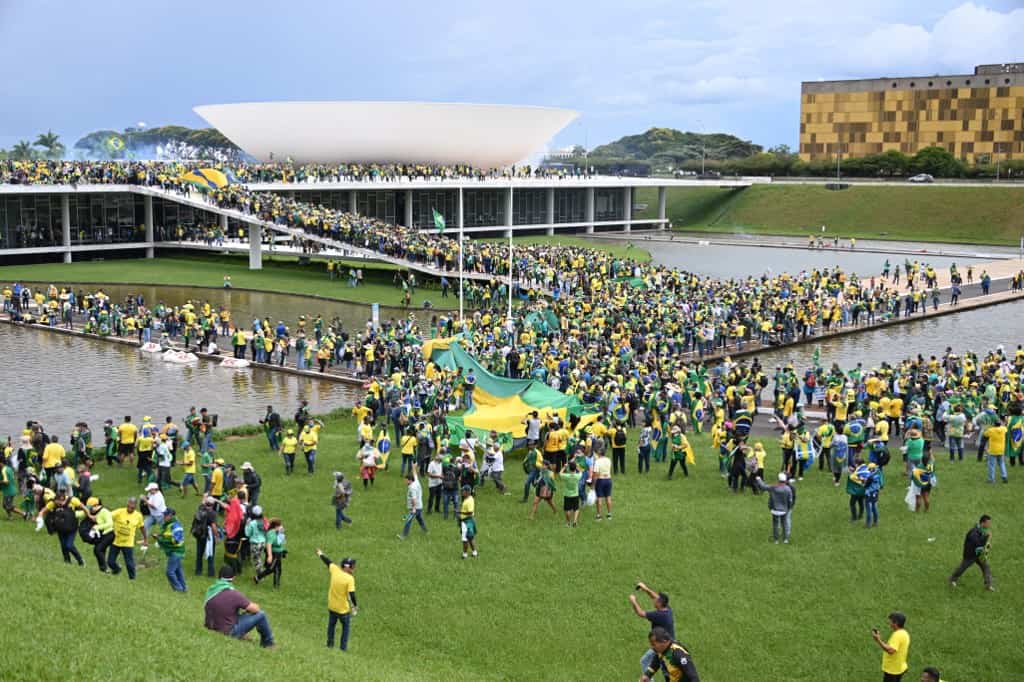 Panama President Laurentino Cortizo was one of the first leaders to condemn on  Sunday the assault by supporters of former Brazilian far-right president Jair Bolsonaro on Congress, the Supreme Court, and the presidential palace, which some consider a  fascist"coup attempt" and expressed their unwavering support for President Luiz Inacio Lula da Silva.

President Joe Biden summed it up in one word: "outrageous." His national security adviser, Jake Sullivan, said Washington "condemns any attempt to undermine democracy" and said Biden was "monitoring the situation closely." "Our support for Brazil's democratic institutions is unwavering. Brazil's democracy will not be shaken by violence," Sullivan said on Twitter.

Argentina
President Alberto Fernández expressed his solidarity with the Lula government "in the face of this coup attempt" and, as president of the Community of Latin American and Caribbean States (CELAC), called on the region to unite against "the anti-democratic reaction.".

Mexico
"The coup attempt by Brazil's conservatives, urged on by the oligarchic power leadership, its spokesmen and fans, is reprehensible and undemocratic," leftist President Andrés Manuel López Obrador said on the same social network. "Lula is not alone, he has the support of the progressive forces of his country, Mexico, the American continent, and the world," he added.

Colombia
"Fascism decides to carry out a coup," Colombian President Gustavo Petro tweeted. "The right-wing has not been able to maintain the non-violence pact. It is an urgent time for the OAS to meet.

Venezuela
President Nicolás Maduro "categorically rejects the violence generated by Bolsonaro's neo-fascist groups that have assaulted the democratic institutions of Brazil" and supports Lula and the Brazilian people.

Chile
President Gabriel Boric described the attack as "unpresentable". The government has announced that it is promoting, together with other countries, an extraordinary session of the OAS Permanent Council.

The president of the European Parliament, Roberta Metsola, stated that she was "deeply concerned".

France
French President Emmanuel Macron called for "respect for the institutions" of Brazil and expressed France's "unfailing support" for Lula.

Italy
The head of the Italian government, the far-right Giorgia Meloni, believes that "the images of the irruption in the headquarters of the institutions are incompatible with any form of democratic disagreement" and calls for "a return to normality.