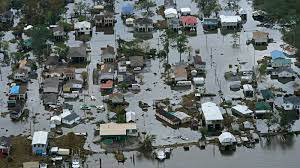 The La Niña weather phenomenon, which affects global temperatures and exacerbates droughts and floods, is likely to continue for months and even into 2023, the UN warned on Friday.

La Niña, which occurs in periods of between two and seven years, causes large-scale cooling of surface temperatures in the central and eastern equatorial zone of the Pacific Ocean.

According to the UN World Meteorological Organization (WMO), there is a 70% chance that La Niña, which began in September 2020, will continue until at least August.