Rancid politicians in the Global Village 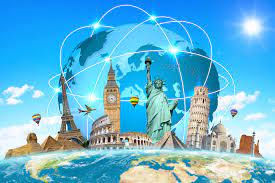 The year started off strong. And while some want to silence the communicators with formulas so retrograde that they are embarrassing, the media respond with courage, reminding the fools that the truth has no owner.

But citizens must be vigilant. Although journalists exercise freedom of expression as a paid job, the most affected by a new bill will be the user of social networks.

The absurd bill so that citizens and journalistic companies have to publish replies on their social networks when a gentleman, the son of the most rancid and disgusting politician feels hurt in his overvalued self-esteem, is an example of living in the past. I remember reading a work by Marshall McLuhan in my university days – back in the 80s – in which he already spoke of the “global village”, referring to the fact that the media had made the world smaller.

Today, the Internet has eliminated the word “global”, since the world is now a village, in which, as in a town within us, the secrets are few. Asking a citizen to publish a reply because a wise politician felt hurt, is the most absurd thing I've ever seen. If a Panamanian is in Belgium and there he affirms that Sabonge is totally incapable, how can you ask him to comply with a Panamanian law while in a foreign land? And if he doesn't, will they apply this law to him in Belgium or will they ask for him in extradition?

Now suppose that Panamanian is in Pedasí and comments the same thing because the road he travels has more holes than a Nito speech.

Is Sabonge going to force him to publish a reply? Or, in the case of the unnameable, if someone calls him a thief –based on what the holy sons of the offended party said– and he feels that his honor has been sullied, does the person who said this have to apologize publicly, or divulge his reply because the law requires it?

I think they are getting into a subject that they are ignorant about. They forget that Panamanians are resourceful and nothing will prevent them from expressing their opinion referring to idiots in imaginative ways. Don't you know that everyone knows condensed milk?

Or who wouldn't know that "hollow" is a synonym to refer to Sabonge? Maybe what they need to do is make a list of nicknames, put it into law, and note that if they talk about people with those aliases, then they'll have to publish their rebuttals.

They would also have to warn that if they put together words that reveal the identity of the aforementioned, they would have to publish their reply, like that guy they called "lemonade." He had threatened to kill anyone who called him that. One day he entered a bar and some people recognized him. And they began to yell: “sugar… water… lemon”… The guy turned around and warned them: whoever stirs it, I'll kill him… They'd have to go to that extreme, because they forget that, anyway, they'll be targeted. biting, because to refer to them, it is enough to call them unmentionable or Águia or Richeliú.