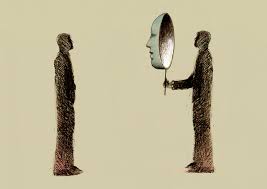 In November of last year, the Judicial Branch announced the holding of the hearing in the Odebrecht case: from July 18 to August 5, in which former President Ricardo Martinelli, his two sons –recently convicted of this matter in New York–, as well as his family's company Importadora Ricamar, SA, are accused of alleged money laundering. And despite the announcement of the hearing seven months ago, the Electoral Tribunal has approved Martinelli's party –Realizars Metas– to hold an extraordinary national congress, thus extending the electoral jurisdiction it currently enjoys, after obtaining it through an internal electoral process. Ricardo Martinelli surely swears that nobody realizes how he manipulates the law to take advantage of electoral jurisdiction and thus elude justice; he will think that they will not condemn him while he is protected with this legal armor; but he must also know that nobody believes his lies and that the trial in Panama for the Odebrecht case would be just a formality because his secret was already revealed by his own children in the United States. In what perhaps he is right, it is that it will hardly be reached by the law, thanks to a submissive and complicit Electoral Court – LA PRENSA, Jun. 6.