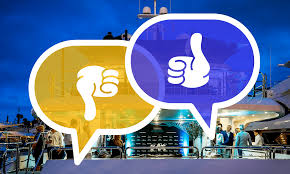 Citizen pressure forced the Government to present, before the National Assembly, the abolition of the laws that allow 100% tax benefits for tourism projects developed by a small group of businessmen, which would have resulted in tens of hundreds of millions of dollars leaving the treasury, just when the country is going through one of the worst social and economic crises.

These laws were rejected by society in general, given the privileges they granted. Relevant political and business figures and the hotel industry itself also repudiated it, but the government insisted on maintaining it against all sensible opinions.

Now, those who availed themselves of the benefits of the law ask for respect for “legal certainty”, as if what they graciously received did not threaten the economic stability of the State. Let us only remember the spurious way in which this initiative arrived at the Assembly, presented by a PRD deputy who did not even bother to read the document, with instructions to present and approve it. Subjecting the country to this stress to please a small group tells us what the priorities of the rulers are, whose greatest hypocrisy is to tear their shirts criticizing privileges when they create them. – LA PRENSA,  Jul. 31.

Regaining trust in the Electoral Tribunal
0
OPINION: An illegitimate dialogue
0
Time for former president to prove his honesty
0
OPINION: Transferring the problems
0
The dark shadows of a friendless former president
0
The shameful gluttony of the National Assembly
0