Journalist describes  "on knees" Martinelli use of power 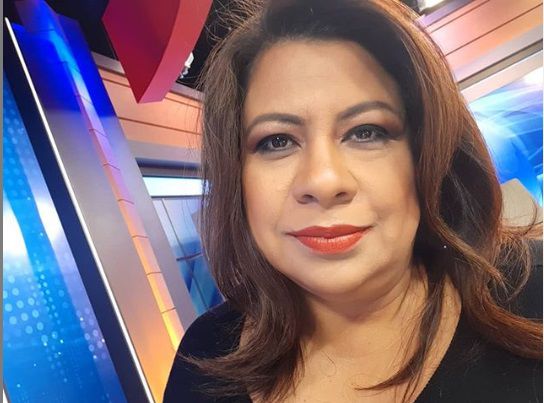 With a sob-filled voice the journalist of the AM newscast of TVN Noticias, Castalia  Pascual broke her silence on Tuesday, October 12, during the Mesa de  periodistas program about the bitter personal experience that she lived in relation to the telephone interceptions during the administration of former president Ricardo Martinelli who is now facing a  second wiretap trial.

Visibly affected by the memories of the experience, where the political power of Ricardo Martinelli (2009 - 2014) made her " kneel " and move away from the journalistic scene, Castalia Pascual reported that she was "violated and alone", after Martinelli gave the order to transfer a relative in recovery from addiction problems, to the La Joya Penitentiary Center in the worst conditions

“ After 18 months of treatment, he took him from a farm and put him in the worst cell in La Joya and I had to shut up and kneel to his power (…) It is the first time that I dare to speak. Martinelli told me not to mess with his children and I do not mess with your family," said the social communicator.

Pascual said that, in the middle of a last interview with the former president, he asked for forgiveness. In addition, she told the audience of the Mesa de Periodistas that after the revelation of this personal chapter in her life that it is related to the case of the telephone jabs, she declared herself prevented from addressing the issue.

The former Panamanian president, who is being tried on a second occasion for this case and whose trial is in the witness presentation phase, starred in an incident with former deputy José Luis “Popi” Varela outside the Accusatory Penal System on the morning of Monday, October  11 described as embarrassing by different sectors of society.

“And I have to say something very frank in front of my news director (Axel Rivera). I personally declare myself prevented from addressing this issue, ”said Pascual.

Regarding the wiretap case, Pascual stated that “ nothing is going to happen here. But the Panamanian people have to understand the seriousness of the problem so that no one else will use the power again for this. "

After the revelation, Pascual received thousands of messages of solidarity praising her for having the courage to speak out.