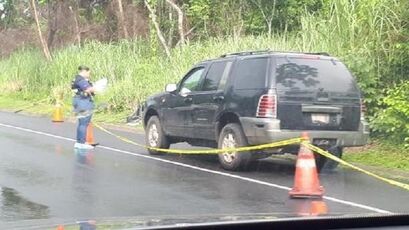 The vehicle belonging to an expat who was murdered in an exclusive retirement are in Colon on Wednesday, July 31  was found abandoned on La Amistad Avenue in Panama City, on Saturday morning.

Dutch citizen René Antoon Pul Van Sprang, 69, was shot and killed at his home in Isla Verde, Vigía, in the Lake Alajuela district, in the corregimiento of Nuevo San Juan The killers took the Mercury brand truck,

In the same area, a French resident was bound and robbed by armed men earlier in the year.

Summary execution for the perpetrators please.