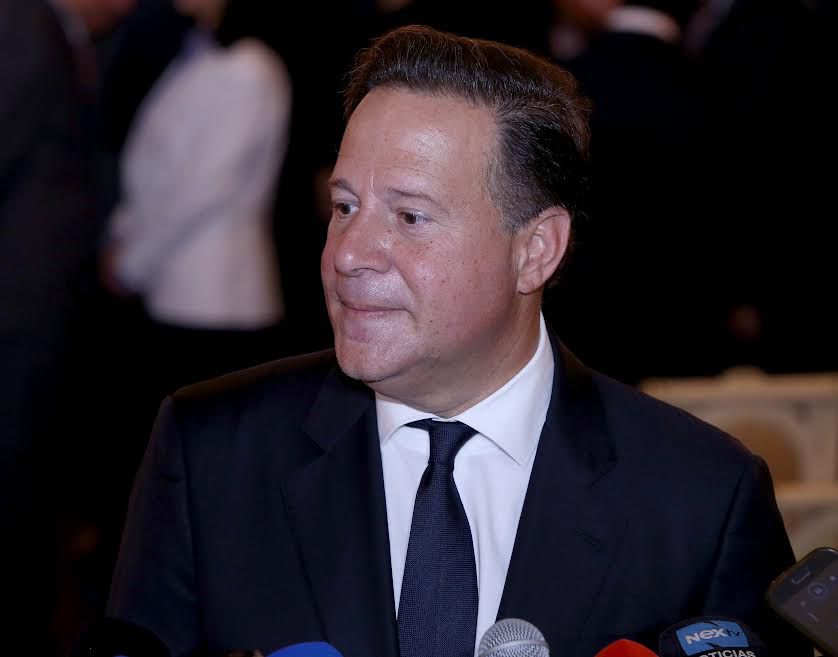 Former president, Juan Carlos Varela (2014-2019)   denounced on Monday, December 6 the false accusations that another ex-president Ricardo Martinelli (2009-2014) has made against him in social networks, local and international media.

According to Varela,  Martinelli has used the decision made during his government administration not to continue the failed radar project to make "unfounded accusations" against him.

Varela said that he will face this "baseless campaign" in whatever field is necessary.

"The accusations and cowardly attitude of former President Martinelli only seek to divert attention from the multiple cases of corruption he faces in Panama and other countries,” said a statement issued on Monday.

In August 2014, Varela announced the suspension of the contract signed in 2010 by the Martinelli government with Selex, a Finmeccanica subsidiary, for the purchase of 19 radars for $125 million. He claimed that the artifacts did not meet technical specifications.

The Public Ministry initiated an investigation on August 11, 2015, based on a report from the Ministry of Public Security that indicated that the radars purchased from Selex did not detect the speedboats used by drug traffickers on the Panamanian coast.

“During my administration, the largest investments ever recorded in equipment were made for the security forces, including the acquisition of a logistics vessel, helicopters, patrol aircraft, interceptor boats, among other investments, in order to reinforce the fight against drug trafficking. , which entailed a record of 344.39 tons of drugs seized ”, Varela pointed out.

He affirmed that in his more than 35 years of public and private life, neither he nor any member of his family has been involved in activities related to drug trafficking.

Panama: Former President Martinelli Security Equipment... Flawed! Panama drug trafficking equipment should have been monitored with expert advice. Martinelli had no excuse to purchase with public fund contracts non-working detection equipment. Martinelli underground operation never ceases to continue his crime wave deceptions. Evidence... facts... family operation of thieves as pled guilty by Martinelli sons and the news reports simply does not spell it out as suspicious operation at the very least! Martinelli abuse of power and the Panama National Assembly are geared towards a... One - Man - Power - Government operation! Government operation in the hand of Italian greed mafia hacks and front men with ambitions for established centers of operation... similar to a Mission Impossible task for complete control of... the Panama Canal Expansion during the next re-election term for Martinelli as president. Former president Martinelli has been determined through his own sons guilty plea with the true justice system of the United States to implicate Martinelli as the Master Mind of a diabolical sustained casualty for Panamanians! An Italian regime comprising of Yanibel Abrego and the Molirena Mafia Italian party and allies of the Panama National Assembly. Three president unconstitutional advisors, now parties involved keeping a tight lid on their non-transparency with the new Pandora's Papers closing in. The United States have just recently announced a crackdown on government operations like Panama with theft from the State funds and using the sale of real estate for money laundry operations. United States will make this very difficult for Panama to take hold of the Panama Canal Expansion for their own profits with sales to China for the profit for the... Panama National Assembly... Martinelli and Yanibel Abrego! I stated previously the United States would not allow the corrupt Panama government to get away with this $Billion operation. The United States made their announcement just recently... more good news on the crack down just as the United States cracked down on the... Martinelli sons and their own... self-confessed guilty pleas!