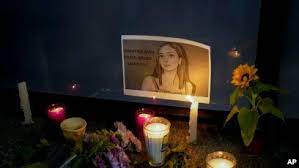 The disappearance of at least a dozen young women, during the Covid-19 pandemic, has raised alarms for the community and the authorities.

The community and State security forces are on alert due to the growing reports of missing women between 2020 and 2022. The website of the Public Ministry registers at least a dozen women who have not returned to their homes and it is not known where they are.

Their relatives agree that the girls left their homes with the intention of getting a job. They had a contact who made them some kind of offer. But they never came back.

The Minister of Public Security, Juan Pino, assured that they are working together with the Public Ministry to clarify the facts. He does not rule out that there is a network of human trafficking behind these disappearances, but he warned that it is necessary to wait for the conclusion of the proceedings.

In Chiriquí Stefany Rodríguez , 35. was recently murdered. She had been reported missing since March 3.

In the rest of the disappearances, the authorities have focused their efforts on locating witnesses who may have seen one of the young women when she left her house. It is intended to establish if they took public transport or if they had a romantic relationship that could be linked to the disappearance.

Among the reports is that of Elizabeth Reyes Caraquito, 40, living in the La Felicidad neighborhood of San Miguelito, who has not been heard from since March 6.

A month earlier, on February 1, Maruquel Gómez Gutiérrez , 16, from the community of Cañaveral, Penonomé, disappeared.

In January, it was reported that the HonduranRina  Stephanie Juárez , who resides in Vista Alegre, Arraiján, is missing.

While almost a year ago, on May 4, 2021, the authorities received notice of the disappearance of Abigaíl Yosira Herrera, 16 years old, a resident of Panama Oeste.

From the year 2020, there are also reports. On December 22, in the midst of the Covid-19 pandemic, the disappearance of Keyla Aguilar, 14, residing in Penonomé, Coclé, was known.

The first 48 hours are key
Circuit prosecutor Carlos Mares explained that the first 48 hours are crucial to locating the person. As soon as a report of a missing person is received, a folder is opened, the collection of evidence begins to determine the route, locate those places where he could have been, and if he was seen by family or friends.

The director of the National Institute for Women, Nellys Herrera, suggests that protection actions in the communities should be redoubled, especially for women in a state of vulnerability.

In October 2021, Herrera met with Attorney General Javier Caraballo, to coordinate inter-institutional actions and improve care for victims of violence.

Figures from the MP reveal that in the first three months of 2022, femicide cases and violent deaths of women are on the rise when compared to the same period in 2021