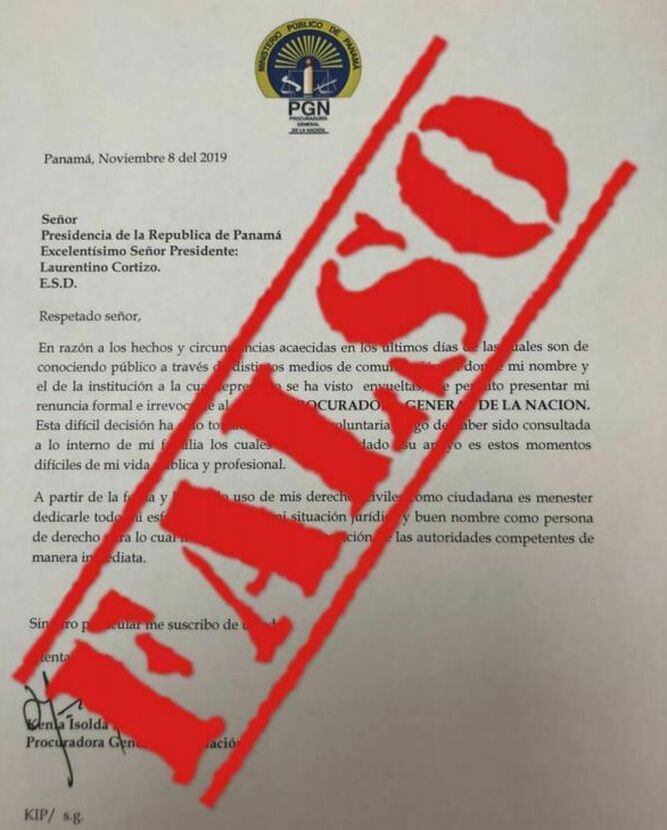 A letter circulating on social networks with the alleged signature of Attorney General Kenia Porcell, telling  President  Laurentino Cortizo, that she is resigning from office is "totally false." says the Public Ministry.

In a statement,  issued Friday, November 8 the Public Ministry said that "this is part of a smear and  misinformation campaign against the Attorney General's Office."

The false resignation arises after the alleged leak of data that contained information on conversations between former President Juan Carlos Varela and some people, including Attorney General Porcell.