Appointment of ambassador to Panama opposed due to harassment complaints 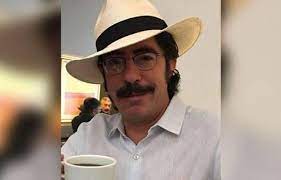 "Given the assignment of Pedro Salmerón as Mexico's ambassador to Panama, we want to express our indignation and concern about the multiple complaints against him for harassment that are being ignored," explains the ITAM Feminist Student Organization in a press release.

"During his years as a professor at ITAM, Pedro Salmerón took advantage of his position of authority to sexually harass his students, which is why an investigation was launched against him."

“In addition, this situation is repetitive and systematic, Salmerón has complaints of harassment in the @MeTooAcademicosMx account, at UNAM and eight women have denounced him for harassment. Given this situation, we want to reiterate that it is important to make this violence visible and for institutions to take a stand against it.

"His assignment as ambassador is of great concern because he has proven to be a person who abuses his position of power to violate women. With his appointment, hundreds of women are put at risk of suffering gender-based violence."

"This decision is a lack of respect for the victims and reinforces the system of impunity in which we live where there are no consequences for the perpetrators. If the country's foreign policy is feminist, it should not be made up of harassers, much less cover them up."

"We hope that their assignment will be reconsidered and that justice will be done for the victims," ​​the students affirm.

Salmerón is currently the director of the Regional Museum of Guadalajara.