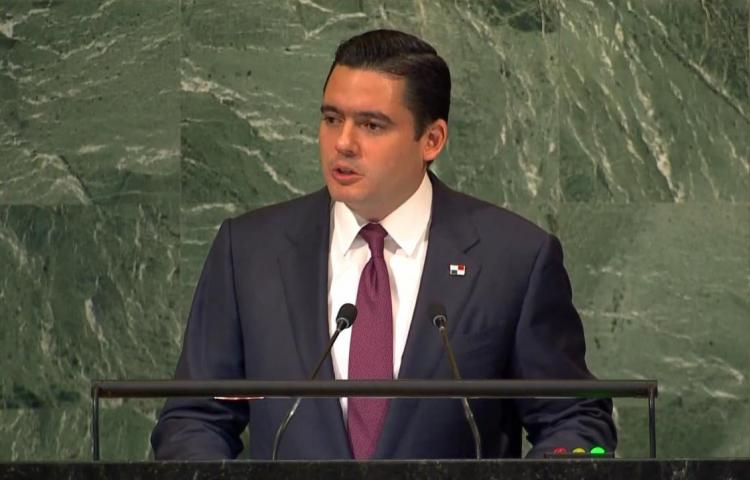 Vice President José Gabriel Carrizo proposed this Thursday, September 22, to the international community that it consider access to medicines as "a human right and not as expensive and luxury merchandise."

Panamanian president Laurentino Cortizo appointed his vice president,  as the speaker of the Panamanian government before the General Assembly of the United Nations, which takes place at the headquarters of this organization, in New York.

In his speech, Carrizo said that "an accessible medicine is the difference between life and death."

He argued that “the pharmaceutical industry, of production, supply and distribution of medicines in the world, is supposedly an ally of health; however, we see with concern that millions of people cannot access medicines.”

“The situation has become a mercantile and petty act. The oligopolies obtain disproportionate profits from the medicines they distribute and sell to states and individuals,” said the Panamanian vice president, before the representatives of the Member States of the United Nations.

He emphasized that "such a system, which shames humanity, cannot continue."

"It is everyone's responsibility, and it has to be examined and addressed in its global implications, that access to medicines be valued as a human right and not as an expensive and luxury commodity," Carrizo proposed.

He added that "Panama proposes before this General Assembly, the adoption of a global initiative that resolves the excessive price and the lack of access to medicines for the citizens of the world."

He explained that President Cortizo instructed him to form and coordinate the National Commission of Medicines, in order to achieve the supply of medicines for the Panamanian population, at much lower prices than the current ones.