Over 4,000 cases of Malaria in Panama 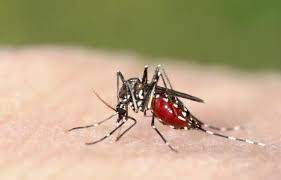 The Ministry of Health (Minsa) reported Friday that a total of 4,076 accumulated cases of malaria are registered throughout the country, according to the latest report issued by the Department of Epidemiology.

The report revealed that 1,513 correspond to the Guna Yala region; 904, to Panama East, and 824, to Darien. The rest is distributed among the other provinces.

Faced with this scenario, the Minsa reported that for several weeks it "reinforced" the actions of prevention and health promotion to the population with respect to the measures to eliminate malaria, especially in the regions with the highest number of cases.

Meanwhile, the diagnosis, treatment, investigation, and response strategy is maintained so that patients can be treated in a timely manner.

According to the Pan American Health Organization (PAHO), only the Anopheles genus of mosquito transmits malaria. Symptoms of the illness may include fever, vomiting, or headache. The classic form of manifestation in the body is fever, sweating, and chills that appear 10 to 15 days after the mosquito bite.

Both MINSA and PAHO are working on a program to eliminate malaria in Panama.