ENVIRONMENT: Seven of world’s most polluted rivers in Panama 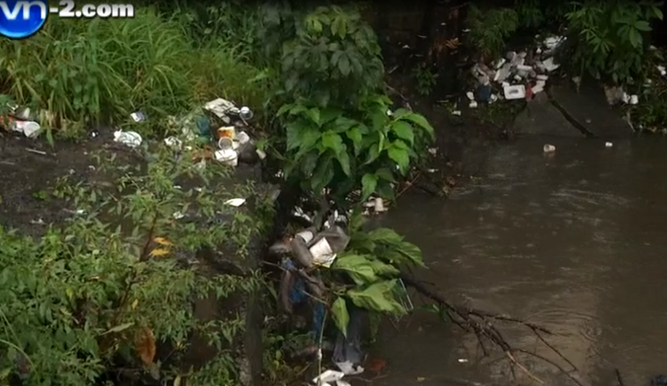 Panama has seven of the world’s most polluted rivers according to a study of carried out,  by the non-profit organization Ocean Clean Up.

Using an interactive map with satellite technology or GPS, the organization studied a thousand rivers around the world.

The freshwater flows that are contaminated are: the Río Abajo, Matías Hernández, Río Juan Díaz, Río Matasnillo, Río Caimito, the Pacific Ocean mouth  of  the Panama Canal and the mouth of the Río Nuevo and Río Platanal, in Chiriquí.

According to Aldair Figueroa, regional coordinator of the environmental NGO Las Marabundas, on a daily basis, 102,229 tons of garbage discharge into the Panamanian seas and coasts, which makes an estimated 11,000 tons of garbage per hour.

Although the technology used for the study must be validated by a field analysis,the ecologist, Mirei Endara, calls for an urgent alert to address this social problem that involves everyone.

" A problem that we must all  address all from politics, government and the private sector, is how garbage is thrown away," she said. adding that  the problem of pollution of rivers with garbage and plastics is not alien and affects all countries in different measures and particularly developing countries.

Miguel Flores the National Director of Environmental Verification of the Ministry of the Environment, said that among the measures that the entity carries is

the verifications of water quality or the Water Quality Index (ICA ) but due to the lack of funds involved in carrying out laboratory analyzes, it is not possible to do it in the 51 of the country maintains, so they try to give priority to those basins that are most contaminated. He also highlighted that they have Solid Catch Ecological Barriers (BEAS)  installed in the Curundú, Cárdenas, and Matasnillo rivers.

But the monitoring of the barriers had to be suspended because of the pandemic, and they could not continue with an agreement for prison inmates to perform the cleaning.

Hey! But there’s good environmental news: Precision research by physicists William Happer and William van Wijngaarden has determined there’s no more threat of CO2 warming. What this means is that from now on our emissions from burning fossil fuels could have little or no further impact on global warming. There would be no climate emergency. No threat at all. We could emit as much CO2 as we like; with no effect. This is not going to be well received by the Enviro-nazies. Seems that even if we burn all that trash in our rivers, it won’t affect our weather. Now all that money our governments could have wasted on a non-problem (CO2), can be directed to economic recovery from Covid lockdowns. What to do with the chemical pollutants in the rivers is another matter. Score one at a time. (For those with an enquiring mind, how the scientists arrived at their conclusions can be found at: cfact.org

What has the PRD Cortizo Government and the Cinta Costera together? The stink.

Once again the math is wrong.... 11,000 tons per hour X 24 hours equals 154,000 NOT 102,229 tons per day.... Miguel Flores needs someone who can multipy simple numbers. Maybe the number includes the trash thrown into the streets which plugs up the sewer system which creates floods everytime it rains...

CANAS, I agree, Colombia is clean as a pin, even at stop lights you don't see trash, you do see people on work crews sweeping the streets and picking up any trash they do find. the people there also understand how to give service, are not rude and they are clean as a pin. even their children are well groomed at all times. I never understood why this country is nothing like it. I think if it had not been for the wars over there I would have stayed. I married a Colombian. but we moved here thinking it would be safer for gringo kids.

We did an exploration of Panama in 2016 as a possible retirement destination. 8 days into a 14 day trip we pulled the plug. Consistently no water or AC in the hotels, trash everywhere, no usable road signs, beaches that looked nothing like the brochure and covered in garbage. We traveled up from Panama city all the way to Bocas and then flew back to the city and then caught a flight to Cuenca. In Cuenca we have clean streets, running water, daily electric and the beach is within driving distance. Why anyone chooses Panama we could not understand but now we know it's mainly old men preying on young girls. If you are poor you don't have to live in Panama there are other options.

I sent the information to the government two years ago, about the Ocean Cleanup Group, and supplied the the way they went about checking rivers all around the globe, they use computers that scan the waters and picking out the trash to be counted, Panama was found to have a handful of the worse ones. this company is trying to put 1000 units in rivers all over to cleanup waste before it has a chance to enter the ocean, one of their machines that can do this work, cost around 600k. a small price to pay to make a country look better then a trash dump. you will never teach people not to throw their trash out, and everyone that lives on a river will dump right into, trash as well as human waste. huge fines most be handed out for it, as well as school training. here is the link to this young mans site. https://theoceancleanup.com wonderful info on it even a map showing you the rivers here and how bad they are.. I do not believe it cost to much to test the waters in these rivers here,, you have a college that does that type of work do you not? with people trying to learn about things like this? what a great way to work and make a grade and help your country, all that would take is a phone call from the president asking for it to be done, and maybe a 40k check for that school to help cover the cost of it.. yeah easy.. another thing that needs to be done, is trash pick up has to be increased 50 percent more then what they are doing now.

Yes education would help this but unlikely to happen. Canas as far as eating turtle eggs I also do not agree with it but when a machete swinger has to feed himself or his family it is not up to us to say he can't. If you had done your homework you would not be stuck in canas. But you chose to live off the beaten path now you wait for a bigger sucker, or price it to move

The most filthy beaches on the planet are here in panama. The locals rape the sea and the land. Eating endangered turtle eggs, over fishing, monkeys and other natural animals eaten to near extinction. Filth in the streets and everywhere. It has only gotten worse in the last 12 years. If there were any buyers I would move south to a clean country.

27 days ago
The comments are the responsibility of each author who freely expresses his opinion and not that of Newsroom Panama.