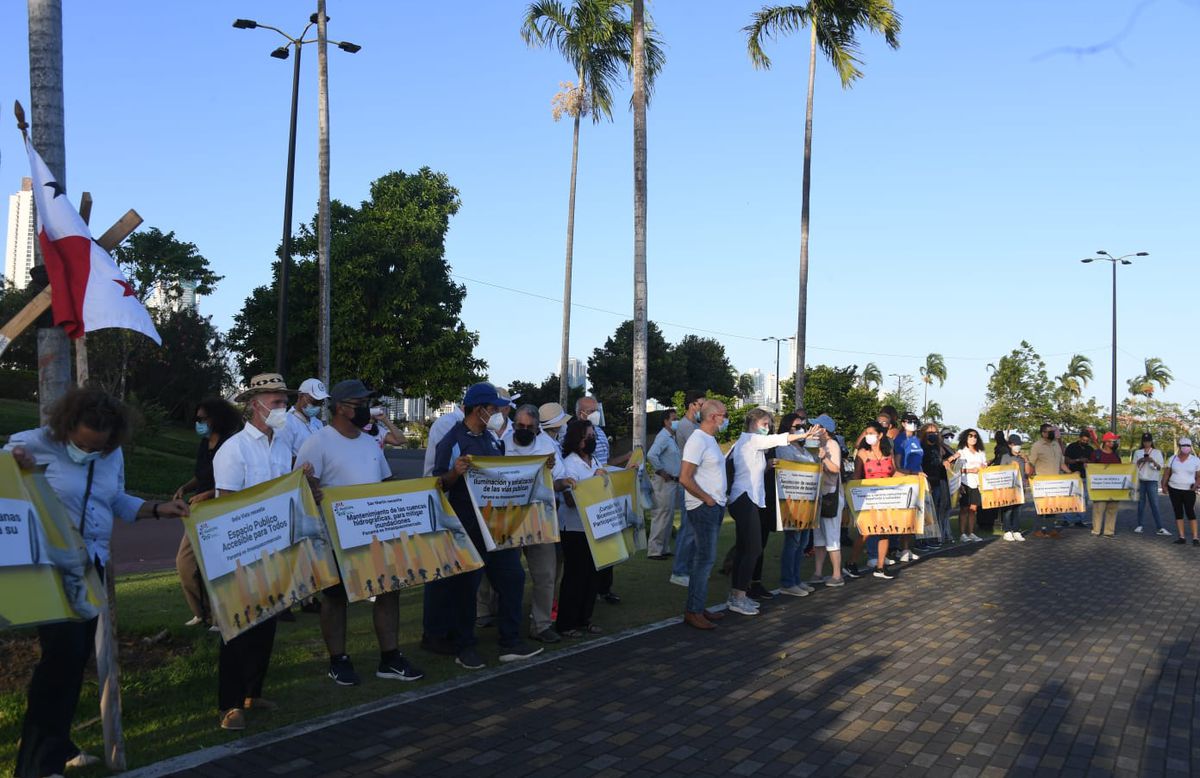 Protestors against the Seafood Market point to other priorities

After his aborted attempt to bring back a beach to Panama’s waterfront at a cost of over $100 million the city’s mayor José Luis Fábrega lowered his sights and opted for the construction of a $43 million replacement for the  Seafood Market  on which  his predecessor had  already spent  over $3.3 million for “improvements”

The move raised the of citizen groups who claim that they were not consulted and a declaration from the Administrative Attorney’s office that the transfer of lands for the project must be declared illegal as the Ministry of Finance (MEF) had “erroneously interpreted the law when it allowed the transfer.

In this case, the coastal strip is under the administration and supervision of the MOP.

Despite what was stated by the Administration attorney in his note, dated September 28, lawyer José Alejandro Quiodettis, representing the Municipality of Panama, requested the Court to annul the provisional suspension that weighs on the MEF resolution.

The Municipality's lawyer argued that the transfer of the land does not require citizen consultation, as "erroneously" has been interpreted in the lawsuit.

The MEF also issued an "explanatory report" in which it defended the legality of its actions and stated that the resolution in question "is not flawed", since it was issued by the competent authority; It also stated that a citizen consultation was not required.

Carlos Eduardo Varela, one of the plaintiffs, stressed that the Administration attorney made a good analysis and is “hopeful” that the Third Chamber will take this opinion into account.

PRIORITIES
“We keep the hope that the Supreme Court will play its role of control of legality and rule in favor of the community. We hope that the magistrates understand the seriousness of what the mayor wants do on the coastal strip,”

Other organizations -such as Red Ciudadana Urbana de Panamá- ask the mayor to focus on solving the priority problems of the capital district, instead of insisting on works with the seafood market and, more recently, a parade and some Christmas lights, for $5.7 million
Share
Previous Post
Colon Free Zone movement up 45% in first 9 months
Next Post
If you get an e-mail from the Public Ministry- DON’T OPEN IT