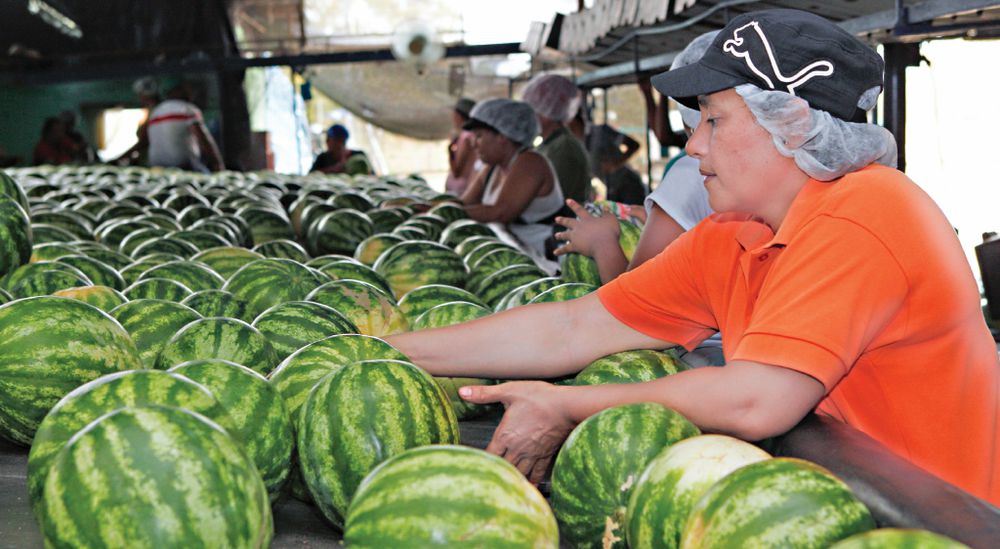 Panama exports fell 7.6 percent in the first quarter of the year reports the Comptroller General.

The sale of products such as banana, melon, wood, tuna, tilapia, cobia and dorado accounted for $156.8 million between January and March 2019. The figure represents a decrease of 7.6% compared to the same period of 2018,

only four report an increase in the value of their sales--  bananas, melon and watermelon, and unrefined sugar.

Some, 84.9 million kilograms of banana were exported, for a value of $29.8 million . an increase of 24.7% compared to the first three months of last year.

"This trend could begin to reverse in the second half of the year, when exports of beef, cobia, and fruit to China would be added."

The greatest fall in the value of exports is recorded in other seafood (tuna, tilapia, cobia and dorado), shrimp, fish and fish fillet. Sales of steel, copper and aluminum waste and scrap also declined.

Rosmer Jurado, president of the Panamanian Association of Exporters (APEX), believes that until the first half of the year will be accounted for "a modest growth" and this mainly due to adverse weather conditions and a fall in international prices of products such as wood and coffee. "We are going through a  situation that is affecting us all in the region," said Jurado.

However, it believes that this trend could begin to reverse in the second half of the year when the exports of beef, cobia, and fruit to China will be added.

The Netherlands, the United States, China, India, Costa Rica and Taiwan are the main destinations for Panamanian exports.