New date for citizen consultation on the city beach project 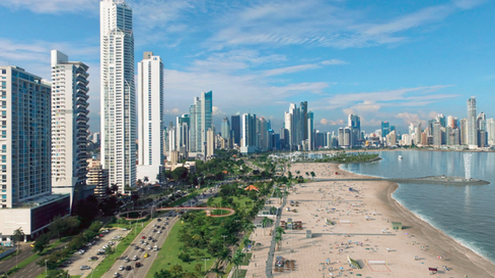 The  date and venue of the citizen consultation on the Panama Mayor’s plan to create beaches on the Bay of Panama have been changed.

The new date is  March 12, at the Vasco Núñez de Balboa Convention Center, in the Panama Hotel at 5 pm according to the Municipality of Panama,  Twitter account. The announcement comes a day after the authorities of the capital city, including Mayor José Luis Fábrega, met with personnel of the Electoral Tribunal (TE), which will supervise the consultation.

A statement from the Mayor, released Monday, February 10, announced that Fábrega, and the architect Tomás Sosa, Project Director of the Municipality of Panama, presented the project to TE authorities.

"We have made more than 47 presentations in guilds, open consultations, presentations in more than 18 districts of the city of Panama," said Fabrega also explained to those who were in the meeting, which the project covers three fiscal periods: 2020 with a budget of $30 million; and the period 2021 and 2022 with  45 million each, calculating that the investment will be recovered in less than mayor at the meeting.20 years. "This work will generate new businesses will generate new jobs, it will be required to have emergency personnel and personnel to maintain and clean these beaches, "said the Mayor.
The work costs $120 million, and provide  1.8 kilometers of beach.

That's a perfect way to sicken everyone swimming in those waters. Sewage waste is fed directly, and has been that way for decades, from the Rio Mataznillo. You can just call it "Mojon" beach and go Turd Surfing. If you really have to spend the money, invest in developing a real RDC that truly manages all projects with thorough infrastructure studies on capacities, and engineers the region to prevent the damn disasters that plague the city with drainage problems, endless street pot-holes, electric grid power failures, and water pump failures. Fix one damn problem before creating another one, pendejos!

A really dumb idea. With the high Pacific tides the sand will need to be replaced every month. Beach will be covered in trash in 15 minutes. A complete waste of money. Only suppliers of the sand will profit -- and only until the sand supply runs out. Rising ocean levels will be devastating.

Another location to target turistas for robo!!!

More time to procure hams as enticement to support the project.