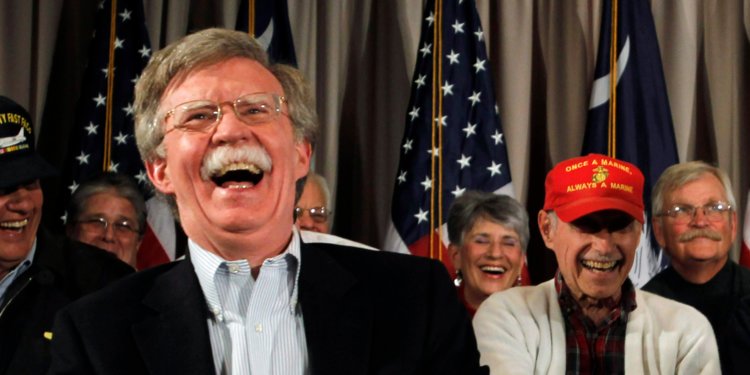 In 2010 the signatory states of the International Criminal Court, established to prosecute war crimes, convened a conference to add aggression to the list of crimes the court could try.

The US, Russia, Iran, China, and India have refused to sign up as ICC members and have not welcomed the addition of “aggression”. But fifteen Nato states have. Moreover, Russia wrote its own law into its Criminal Code. It prohibits “Planning, Preparing or Waging an Aggressive War”. It goes further: it prohibits “Public Appeals to Unleash an Aggressive War”.

This opens the door to Russian leaders and politicians being prosecuted in domestic courts. In the US under President Barack Obama there was a serious discussion about whether to prosecute those who had committed torture. It would have been popular with 62% of Americans according to a USA Today/Gallup poll. Obama decided not to, believing it would be too divisive.

Waging war is now an international crime. Have you read that in your newspaper or heard it on your TV news bulletin? I think not, even though we see now the threat of war between the US and Iran.

We have to blame the leaders, not the people. As Hermann Goering, Hitler’s deputy explained from his prison cell: “Of course, the people don’t want war. Why should some poor slob on a farm or in a factory want to risk his life in a war when the best that he can get out of it is to come home in one piece? After all, it’s the leaders of the country who determine the policy and it always a simple matter to drag the people along, whether it is a democracy or fascist dictatorship”.

In a new book on the subject, Professor Noah Weisbord writes that “I came to believe that abstract forces and state competition are the tinder of war, but pyromaniacs are required to light the fire”.

Had the new law against aggression been in existence in 1990, Iraq’s President Saddam Hussein could have been arrested and punished for the crime of invading Kuwait. Indeed, President George .H. W; Bush and UK Prime Minister Margaret Thatcher discussed this. It might too have deterred the US and the UK from starting the Second Iraq War. (If there had been no invasion of Iraq ISIS’s influence would have been much reduced.) President Vladimir Putin could have been prosecuted because of Russia’s incursions into Ukraine and Crimea.

All this is a long way from Trump’s National Security Advisor, John Bolton, who has said, “All international laws are invalid, meaningless, attempts to constrict American power”. Obviously, he hasn’t read Aristotle who wrote that “At his best, man is the noblest of all animals; separated from law and justice he is the worst”. I suppose Bolton is inspired by King Louis XIV when speaking before the Parlement de Paris, “It is legal because I wish it”.

Of all modern US presidents, George W. Bush has been the worst in pushing aside international law. Bush withdrew the US from the 1972 Anti-Ballistic Missile Treaty with Russia, “unsigned” its signature on the treaty establishing the ICC, illegally invaded Iraq, authorized torture and other violations of the Geneva Conventions and failed to prevent or punish the genocide in Darfur, Sudan.

As for the supposedly peace-loving, legally-minded Barack Obama, he authorized summary executions of suspected terrorists abroad. Altogether with the use of drones, he authorized 506 strikes, killing an estimated 3,040 terrorists and 391 civilians. But he did abolish torture.

Nevertheless, the enforcement of international law has been more effective than widely thought. Once, powerful presidents, prime ministers, and vice-presidents have been brought for trial by the ICC. Every one of the 161 Yugoslav war criminals indicted by the International Criminal Tribunal for Former Yugoslavia was either captured and sent to prison or killed.

Some scholars and practitioners have suggested ways of toughening the new treaty. David Scheffer, who was responsible for war crimes activities under President Bill Clinton, calls for legislation to create a standing international arrest force, using highly trained police and military personnel with the power to conduct operations inside member states. The ICC arrest team would only act if it had a request from the ICC prosecutor or the UN Security Council.

Another possibility is for states to ask allies to assist them. In 2011, Uganda asked the US to send elite Special Operations troops to help track and capture Joseph Kony, leader of the Lord’s Resistance Army, a cruel dissident force that forced young children to join its fighting force. By 2018 US and African Union assistance to Uganda had helped deplete Kony’s forces. Kony remains at large in a vast African jungle.

Right now we watch and wait to see if Trump will go to war with Iran. If he does he will break the norms of the new Treaty.