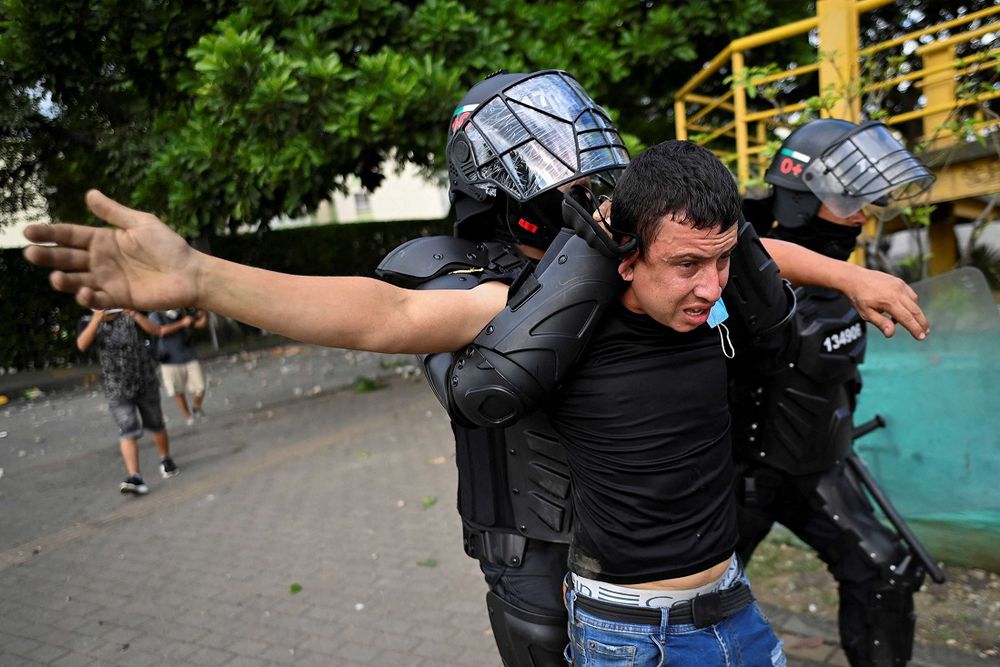 At least two civilians were killed and a policeman was shot in the leg during a confrontation between the security forces and protesters in the city of Cali, the epicenter of the social outbreak that left at least 61 dead in more than a month of protests in Colombia.

According to authorities, the incident occurred on Friday night, when a group of policemen was attacked with firearms by people who tried to block one of the accesses to the third city in the country.

"A police officer was wounded and they proceeded to repel the attack and at dawn, they confirmed the death of two citizens there," reported Cali police commander, General Juan León.

The confrontation took place in an area known as Paso del Comercio, where protesters have held a blockade since April 28, when crowds took to the streets to protest against a now-withdrawn bill to raise taxes on the middle class.

What began with a protest against taxes ended in a movement that demands police reform and a more supportive state to deal with the economic ravages of the pandemic, which this week broke records for deaths and infections.

On Friday morning authorities opened the way on this road, but during the day the protesters returned to retake the blockade.

With these deaths, the total number of fatalities during the protests reaches 61 (59 of them civilians), according to a count carried out by AFP from official sources.

Human Rights Watch claims to have “credible complaints” about 67 deaths that have occurred since the protests began.

There are many political and gang assinations occurring in Colombia on both sides. In addition street crime killings are ramping up. Many bodies being found bound with signs of torture. Colombia is on the cusp. They killed a Canadian investor in Sabaneta, a municipality of Medellin which is a gringo favorite. The assinated the Canadian when he was in a taxi. Word on the street was that he refused to pay the weekly "Vacuna" and was made an example of. Avoid Colombia until after the next election as violent crime will get even worse leading up to it.