To hell with lockdown says 83-year-old 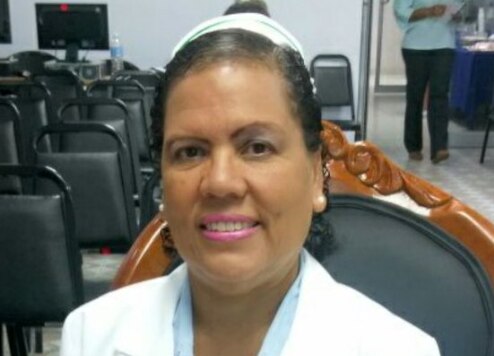 A giant mural pays tribute to front line nurses in Manchester. one of the hardest-hit areas in England

Millions of Britons face this Friday increased restrictions against the pandemic in their regions, and in Wales, they even enter a second general lockdown, in an attempt to curb the second wave of coronavirus.

Accepted by some as necessary in a country with more than 44,000 deaths confirmed by covid-19, the measures do not please everyone.

"I don't have that many years left to live and I'm not going to spend them locked up at home when the government is doing everything wrong," an 83-year-old woman told the BBC and the video went viral on social networks.

Since the meltdown in June, each of the four UK nations has taken its own action at the local level. Thus, from 6:00 p.m. (5:00 p.m. GMT), Wales will become the first region to confine its entire population, more than three million inhabitants, until  November 9.

All non-essential shops will close, but primary and some secondary school students will be able to return to classrooms after the holidays in early November.

In England, the Boris Johnson government tries to avoid a new general lockdown, but more than half of its 56 million people live in "high" or "very high" levels of local restrictions.

Manchester entered the highest level on Friday, after days of clashes between the executive and local authorities demanding greater financial compensation for businesses that must close, such as bars and pubs that do not serve food.

In addition, its 2.8 million inhabitants cannot find themselves indoors with family and friends with whom they do not live, and  it also applies  to the 10 million Londoners, among others.

levels: at 0 people will be able to gather without restrictions, on 4 will imply confinement.

On Thursday, a senior health official called on Scots to prepare for a "digital Christmas." Asked by the BBC, Jason Leitch considered that it is "too early to say" how many households will be able to gather for the holidays, but that it would by no means be a "normal Christmas".

Covid is a scam. It was intentionally released to be the catalyst for the Great Reset. Everything you need to know about why covid happened and what's coming ahead is publicly available. World Economic Forum. Global Governance. The New World Order. They are no longer conspiracy theories but a documented agenda. "United Nations Resolution adopted by the General Assembly on 25 September 2015 [without reference to a Main Committee (A/70/L.1)] 70/1. Transforming our world: the 2030 Agenda for Sustainable Development " PDF download: http://www.un.org/en/development/desa/population/migration/generalassembly/docs/globalcompact/A_RES_70_1_E.pdf https://www.weforum.org/great-reset/ Go ahead and chuckle and ridicule especially when the documents are readily available for you to educate yourself with. Wilful ignorance is not bliss.

Gemini - The reality is these old CovidIdiots don't understand the science. The FACTS doctors, epidemiologist and scientists clearly state that allowing herd immunity to move through the low risk population while isolating the high risk population for say 2 to 3 months would actually make it safer for the high risk population. We are not following science as they with doctors are being suppressed. This is a very powerful orchestrated genocide and people will be waking up. When they do watch out because the anger will be extreme and the demand for justice in these crimes will be demanded across the world. MHogan - There is lots of research expressing the dangers. Here is good data: Why have governments adopted a policy of harming its citizens and residents with a FORCED MASK WEARING POLICY that is NOT based on well-known science? This needs to be investigated immediately in light of the science proves the population is being harmed both short term and long-term with increased risk of cardiovascular failure and increased risk of cancer! In addition to both of those it widely accepted that serious immune suppression is caused by a 20% decrease in oxygen and extremely high hazardous levels of CO2! The deadly consequences of mask wearing causes more harm if somebody is actually sick by the forced increase in viral load through recirculation of the virus back into the body which further increases the individual risk of mortality! Finally, 100% of people are being forced to wear masks are being put under pulmonary stress levels without medical testing of each person to insure they can sustain this addition dangerous pulmonary stress levels induced through forced mask wearing polices. https://153news.net/watch_video.php?v=SY297HAS7HMW Occupational Professionals discuss the dangers of masks. https://swprs.org/face-masks-evidence/ Are Face Masks Effective? The Evidence.

Brian might find this interesting: A Large Danish Study on Mask Wearing Is Being Delayed by Publishers of Major Medical Journals – Therefore Preventing the Results from Being Made Public— “ Outstanding study”... “study & its size are unique in the world, & purpose was once & for all to try to clarify the extent to which the use of masks in public space provides protection against corona infection . To be clear: The Danish study is the most important research on masks. If it shows they don’t work, we need to know, so we can try other solutions. If it shows they’re harmful, we need to know, SO WE DON’T TELL PEOPLE TO WEAR THEM. POLITICS CANNOT HOLD HEALTH HOSTAGE. PUBLISH.”

Hey gemini. Did it ever occur to you that if you keep getting out of bed that one day you'll be an old geezer too! Probably not. You'll stay young forever. Right?

Another slip of the fingers Claire (jb). Nice to see you read my posts so carefully.

Casual Observer is elderly and fragile just the target population for this flue bug. It makes sense that he wants to ruin everyone's life to protect his own even though statistically he's already living on borrowed time. He's hit the point where even viagra is ineffective. These old useless geezers want to keep sucking up health, retirement and other resources. Ruining the future of younger generations by continuing the lockdowns. These old bastards are the most selfish generation ever. Modern medicine keeps these old mummified bastards alive.

Casual observer: "You kid that dies?" It's "your kid," you moron.

You don't have any children either do you idiot?

Brian, you a preaching to brain dead sheep who don't mind being treated like livestock. They are perfectly ok with losing their freedoms and forced to wear a muzzle. All they do is chuckle and make silly remarks. The people who get it already get it and the people who don't probably never will. The obedient sheeple will be all of our demise.

It's more than a statistic when it's you kid that dies moron. You don't have any do you?

Good for her! You aren't living unless you are free to live. The fatality rate of covid is on par with the flu. Covid is a scam and being used to usher in the new world order. To all the brain dead deniers keep your head buried in a hole.

Soon Biden will have all the whiney little Trumpsters wearing masks LOL.

Well they should be lucky it's Britain not Panama because the cops here don't care if you are 83 they will beat your ass for not obeying! The religion of Covid must be followed by all no exceptions.