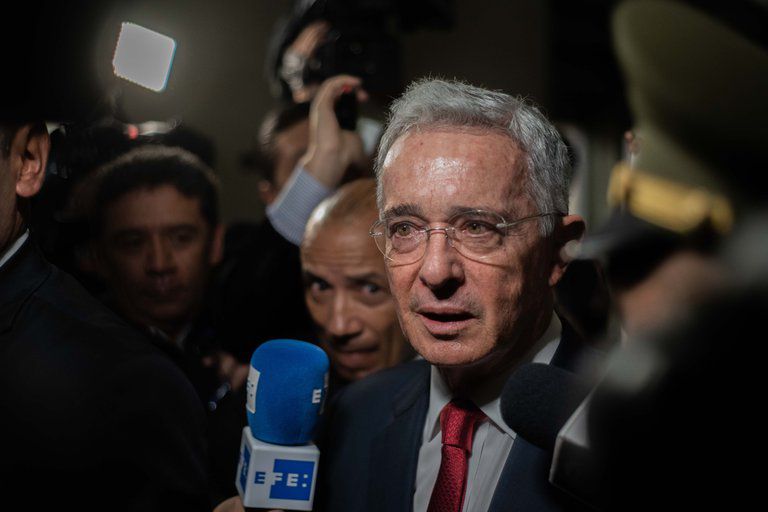 A Colombian judge ordered on Saturday. Ovt.10. the "immediate release" of the former President Álvaro Uribe, who has been under house arrest for two months, while the process against him for manipulating witnesses against an opposition senator advances.

In a virtual public hearing, the guarantee judge Clara Salcedo annulled the measure against the former president (2002-2010) at the request of the defense and with the support of the prosecution.

The Supreme Court had ordered on August 4 the arrest of the then-senator for the crimes of bribery and procedural fraud.

However, Uribe resigned from the seat he had held in the Senate since 2014, with which the file passed to a court of guarantees that revoked the house arrest and allowed him to defend himself in freedom.

At 68, Uribe is the head of the reigning  Democratic Center party power and a mentor to President Iván Duque.

The ex-president ended up entangled in an unsuspected turn of justice.

In 2012, he filed a complaint against opposition senator Iván Cepeda for an alleged plot against him based on false testimonies.

But the Supreme Court abstained from prosecuting Cepeda and, instead, decided to open an investigation in 2018 against the former president under the same suspicion: manipulating witnesses against his opponent.