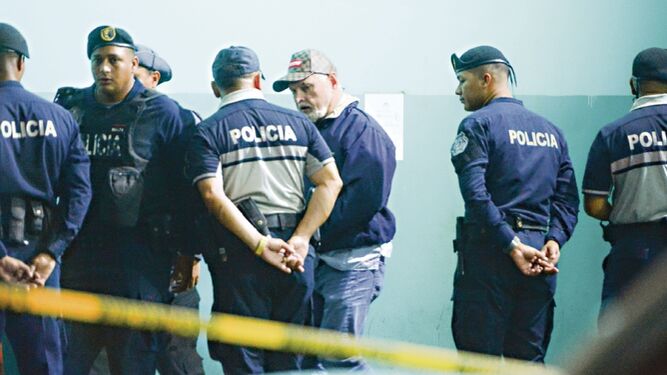 The announcement that the US and Panama have exchanged notes following discussions on the  “specialty principle” is not the kind of news that former president  Ricardo Martinelli wants to hear, as it potentially opens the door to involve him in a dozen or more corruption investigations.

In an Analysis of the talks, La Prensa explains that the specialty principle is a guarantee of Public International Law that protects those extradited against the prosecution,  or punishment for a crime other than that requested in extradition.

This guarantee had in Panamanian law three exceptions: crimes against humanity, those crimes that were expressly authorized by the country that extradited the requested person; and in the case of extradition from or directed to the United States, the third exception was the voluntary acceptance of the extradited to be tried for another reason, to stay in the country after 30 days of serving his sentence or be acquitted of charges against him.

According to this norm, if Panama extradited a person to the United States, he could only be judged for the crime for which it had been requested in Martinelli's case illegal wiretapping

On May 25, 1904, concerned mainly by the Panamanian and American fugitives who could use the then Canal Zone, the government  of Panama, and The omás Arias, and the interim charge of United States signed the Extradition Convention, which was endorsed by the National Assembly,

To simplify this process of mutual consent, the United States and Panama negotiated, since October 2018, an exchange of letters that establishes formal consent between both parties to allow extradited persons to be tried for other crimes.

The exchange of notes is a mechanism of public international law by which countries that are part of a treaty agree on a scope or a more detailed or specific meaning than the original treaty.

As it derives from an existing treaty, the exchange of notes does not need to be ratified by the National Assembly in order to have legal validity since the acceptance rubrics of the Ministry of Foreign Affairs or other participating diplomatic agents are sufficient.

The exchange applies to all persons that Panama has extradited to the United States and vice versa. This includes Martinelli

This diplomatic action allows Panamanian prosecutors to reopen all those cases known to the Supreme Court of Justice related to the former president which were not subject to a statute of limitations or definitive dismissal. the Public Prosecutor's Office could even initiate new investigations for the alleged commission of crimes other than those that the Court has known so far and the list is long..