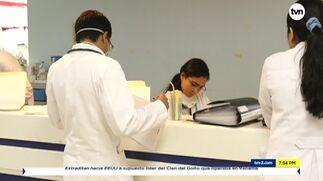 As the number of cases of Covid-19 climbed to 245, with three deaths, the Ministry of Health (Minsa) has  created more “sanitary fences” and warned of tougher restrictions on movement if people fail to comply with calls for social isolation.

Figures released on Saturday. March 21  show that of the total number of cases, 209 are in home isolation with mild symptoms; 12 are hospitalized in intensive care units, and 21 in wards.

The  Minsa’s  national director of Epidemiology Lourdes Moreno explained that 80.8% of the cases are in the age range of 20 to 59 years, which represents the population that travels to work

SANITARY FENCES
The Vice Minister of Health, Luis Sucre, announced that sanitary fences were implemented in the province of Los Santos and Herrera, in the access to  Divisa and Ocú and also in Guabalá and Viguí in the province of Chiriquí.

The four new sanitary fences are added to those already established in the provinces of Panamá, Panamá Oeste and Colón.

He pointed out that part of the population is not complying with social isolation, and if this behavior continues, the Government will find it necessary to implement more drastic measures to prevent the spread of Covid-19.

BLOOD DONORS
Another situation that the health system is facing is the lack of blood donors, who are not going to hospitals for fear of acquiring the virus.

The head of Hematology of Dr. Arnulfo Arias Madrid Hospital Complex, Dimas Quiel warned that in two weeks they can be in red numbers for  blood banks.

Health Minister Rosario Turner has already warned at a press conference that the country is in phase 3 of the Covid-19 disease pandemic.

She said that if people do not become aware of the situation, stronger decisions can be made, such as limiting mobilization during the day. This is a measure that has been ruled out until now, "but we are measuring the behavior of citizens."

According to the World Health Organization (WHO) , a pandemic has six phases. Phase three, which Panama is in, indicates that the pathogen has caused sporadic cases or small clusters of disease in people, but "without enough person-to-person transmission to maintain sustained outbreaks at the community level."

Phase 4 is characterized by proven transmission from person to person, resulting in its ability to generate “outbreaks at the community level”.