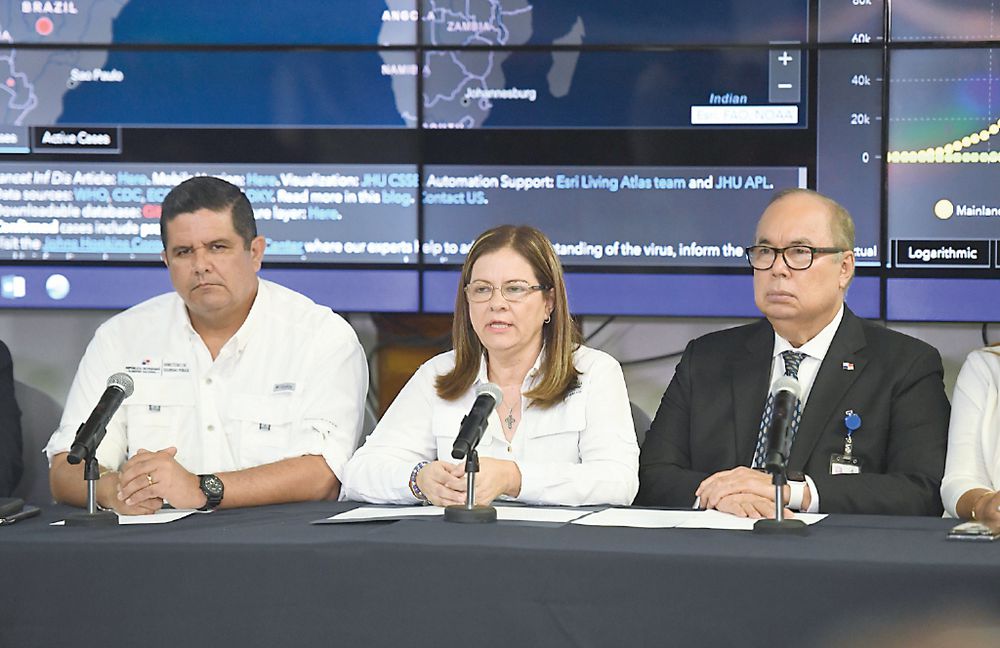 A 40-year-old Panamanian woman returning from Spain is the first case of coronavirus Covid-19 disease confirmed in Panama, said  Health Minister Rosario Turner at  a press conference called within an hour of the confirmation on Monday evening March 9.

According to Minister Turner, the patient arrived in the country in the afternoon of last Sunday, from, Spain .  on Iberia flight 6339.

Although when she arrived she had some fever and a cough, it was not until Monday morning when he went to the Dr. Arnulfo Arias Madrid Hospital Complex that she was treated, according to the protocols established since January, Turner said.

Positive confirmation of the  new coronavirus was provided to by the Gorgas Memorial Institute for Health Studies at about 7:00 pm The minister's press conference was held shortly after 8:30 pm.

According to Turner, the woman has a "mild" picture of the disease and therefore was sent to her home, whose location did not specify.

The minister admitted that the patient was not screened at Tocumen International Airport, because until yesterday Spain was not included among the nations to apply such tests.

She said that since last night, when they received confirmation from Gorgas, they started an operation to locate and test people traveling with the patient, as well as those who had some contact with her at the Tocumen airport, at her residence and at the hospital.

She said that only two people have direct contact with the patient, to whom the tests would be applied on  Tuesday and health authorities move from a containment phase to mitigation of the virus.

The minister called on the population to remain calm and avoid going to emergency rooms of the hospital centers, except those people who,  suffer from some kind of discomfort.

She called on citizens to comply with basic hygiene measures and avoid crowds and urged medical staff to strictly abide by established protocols and to act with professional ethics.

Events and schools
Regarding the celebration of the San José de David Fair, scheduled for  March 12 -22, she indicated that they evaluate whether it is necessary to cancel the event and, depending on the impact of the virus in the country, measures will be taken in schools.

The Minister said that they will inform the country about newly reported contagions during daily press conferences every day in the afternoon.