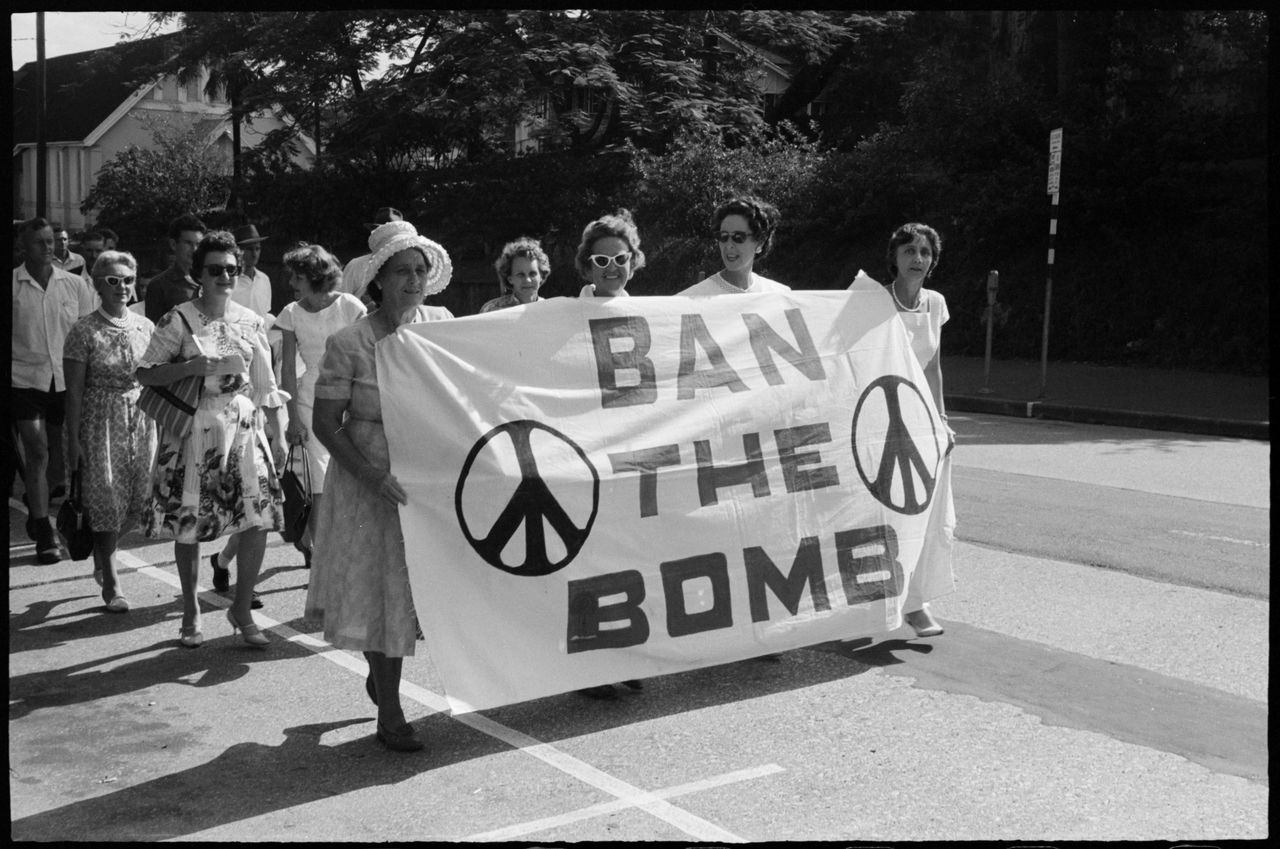 Nuclear war was once the focus of marchers worldwide

There’s a lot of end-of-the-world hyperbole around on climate change. So there should be. But it blankets out other important causes that are even more imminently important- wiping out malaria and sleeping sickness and introducing pure water supplies, sewerage systems and education for girls- all of which would save many more people than those likely to be hurt by global warming, at least this side of twenty-five years. Global warming, although very much apparent, is happening relatively slowly. Indeed, I feel like coining a slogan: “Kill mosquitoes today, save the icebergs tomorrow”.

In fact, the world has the resources to do both- a small portion of the money spent on arms would do it. So too would diverting the money spent on cat food, cosmetics, red meat and gas-guzzling SUVs (In the US they make up 60% of car sales.)

Fading ever more into the background as a popular issue is the possession of nuclear weapons. Once upon a time, there were regular marches down the streets all over the industrialized world. In the US the nuclear freeze movement of the 1980s was an important factor in pushing President Ronald Regan to reach out to Soviet president Mikhail Gorbachev with a proposal to abolish all nuclear weapons. It didn’t happen but there was significant progress on nuclear arms reduction.

In return for getting the US Senate to approve a treaty with Russia’s President Dmitry Medvedev to cut long-range nuclear missiles by a thousand each, President Barack Obama had to concede that the US would spend a trillion dollars more on modernizing its nuclear arsenal. Trump has built on this, accelerating planned programs and seems uninterested in renewing the Medvedev-Obama treaty

Nuclear disarmament is rarely on the front pages anymore- except when America decides to scrap one or another of the treaties meant to reduce stockpiles. Yet blowing up a sizeable part of civilization could happen in minutes. Icebergs don’t melt this fast and mosquitoes could barely get in a few good bites.

Near Accidents
We know there have been near accidental launches of nuclear weapons. We know too that an unstable character like President Donald Trump with a finger on the button could attempt to initiate a launch in the flick of a finger, having consulted nobody.

Some of America’s most significant past and present thinkers on nuclear issues have warned that we are entering dangerous times- George Kennan, Henry Kissinger, Brent Scowcroft, Jimmy Carter, and Zbigniew Brzezinski. They’ve all called for unilateral disarmament initiatives. Only last month the influential former chairman of the Senate’s Armed Services Committee, Sam Nunn, wrote in Foreign Affairs that we are arguably in a situation more dangerous than existed during the Cold War. Alas, in Europe there seem to be no heavyweight voices rising above the parapet.

Old-time military concepts like “launch on warning” or “use them or lose them” are still in vogue. An American or Russian president would only get 6 minutes to make a decision after warning of a possible attack. What does the president do if he is told that the incoming Russian missiles are targeted only on Washington DC but not elsewhere in the US and that if there is an American retaliatory launch then the rest of America’s big cities would likely be flattened. Would he decide to launch American missiles to destroy as a quid pro quo the best part of Russian life, one of Europe’s great civilizations, containing much learning, tremendous scientific knowledge, the world’s second greatest art collection, a tradition of producing some of its greatest novelists, artists and ballet companies, and a serious claim to be the “Third Rome”, that is the successor to the authentic Christian church, seated in Constantinople after the Emperor Constantine moved its headquarters from Rome?

Family Man
Which person should be put on the spot in this way? No human being on earth should be asked to make such a momentous decision in such a short time. Probably all, except a madman or Hitler or Mao-type figure, would crack under the psychological pressure of making a decision in which no second thoughts are possible. Even Trump is far away from being such a personality type- for starters he has forged a close-knit, loving, family (unlike Stalin, Hitler or Mao) and would not want to see it turned to ashes.

After stepping down as president of the Soviet Union Mikhail Gorbachev was asked what he would have done if he had been told that an American missile attack was on the way. He answered that he would not have believed it and assumed it was mistaken intelligence, as he knew the Americans were reasonable and sane people. He wouldn’t have ordered retaliatory action.

So what is the point of having them? A question for today, not tomorrow.  This should be our first order of business. Then mosquitoes and finally global warming. Better still, deal with them altogether. Yes, we can!

WORLDVIEW - US has edge on  Russia in ousting pre...
5
WORLDVIEW: Western hypocrisy and Russia
2

VIRGIL HAS IT RIGHT.

Powers is a blithering fool. If you’ve read one of his idiotic rants, you’ve read them all.