WORLDVIEW: Three thons in Cgina's side 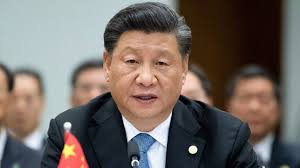 In the Chinese government's eyes, it has three rebellious parts of China on its plate – Tibet, Hong Kong and Taiwan. In Tibet, protestors from time to time have clashed with police and soldiers. In Hong Kong, the reform and freedom demonstrations are now in their eighth month. In Taiwan, society has constructed a form of democracy anathema to Beijing.

On Saturday Taiwan goes to the polls. China does not welcome this and indeed President Xi Jinping over the last two years has been increasingly strident in his criticism of Taiwan’s continuing policy of remaining apart.

The present president, Ms. Tsai Ing-Wen, is the hot favorite to win. Her party has long been the party of democracy, human rights and leans towards declaring independence from China. The opposition, the Kuomintang, is descended from the Nationalists led by Chiang Kai-Shek, who fled China when they were defeated by the communists in 1947 and made Taiwan their home. They lean towards reunification. Thus far neither side has pushed their cause passed the tipping point.

The Tibetans, by and large, no longer try and argue for independence, but even the notion of autonomy is not acceptable to Beijing. In Hong Kong, at the time of reunification in 1977, an overwhelming majority accepted autonomy on condition that Hong Kong could keep its system of government and move on an agreed timetable towards democracy. Only because the Chinese have made it clear that they are slowing down any transition towards democracy, despite what they promised, have the demonstrations continued for so long.

During the last 20 years, Taiwan's China debate has matured at a fast rate. Ms. Tsai's predecessor, President Chen Shui-bian, may not have won many converts to his independence line (which is supported by about 30% of the voters) but he undoubtedly shifted the terms of the debate. He persuaded the electorate that they must never kowtow to China. At the same time, they have been convinced by the Kuomintang Party that Taiwan should not provoke China and that Taiwan must increase its economic links, its direct air flights and encourage an influx of significant numbers of Chinese tourists, all of which under a Kuomatang administration it started to do. There are now 120 flights each day between Taiwan and the mainland. (Before it was zero.) And 4 million tourists visiting every year.

In broad terms, it might seem that this is exactly the policy of the status quo in Taiwan- neither independence nor union. In many aspects it is. But it is not the same status quo as 20 years ago - it is both more independent (not independence) minded and more conciliatory.

Mutual need
In reality, both sides need each other. Taiwan wouldn’t be so comfortably off if it didn’t have the Chinese market for its huge investments, a home for factories churning out the latest products designed by highly skilled Taiwanese inventors and engineers.

China would not have done so well over the last three decades if it hadn’t had this Taiwanese input. Indeed, one could argue that it was the most important single ingredient in China’s technological success.

For years US strategists have been saying this is the world’s most dangerous flashpoint, one that could even lead to a nuclear war with China. The US supplies arms aplenty to Taiwan- some of which, provocatively, need American cooperation and participation to be fired. Despite that, China is capable of overwhelming the island’s defenses; it has 2000 missiles aimed at the island.

Sometimes China seems to be in a hurry to get its way in Taiwan and Hong Kong. This seems to the case with Xi. In earlier times, under his two predecessors, it seemed relaxed with the status quo.

For Xi, one suspects, every time an election in Taiwan comes round he regards it as a poke in the eye. He does not like it. “The Chinese military recently conducted exercises during which its forces circled Taiwan, suggesting that they are capable of drawing a noose around the island and then tightening it”, reported The Financial Times in November. Recently both publically and privately Chinese officials have been raising the subject of Taiwan in every diplomatic conversation.

Would China decide to take the risk of invading Taiwan? Taiwan has a strong enough military to do China a lot of damage even if it went down to defeat. The US would not stand idly by even though it should avoid war. Its economic sanctions, with the addition of Japan’s, Europe’s and perhaps India’s, would be crippling.

The status quo should suit everybody as it has in the past. Military conflict would make everyone blind.

I think I know a bit more than Mr Powers regarding Hong Kong ....The new SAR was set up in 1997 not 1977. .....a typo? It was never put to the people of Hong Kong for a decision and pasted up behind closed doors at meetings between the UK and China. It did not include an agreement to introduce democracy in Hong Kong other than it granted the right for all Hong Kong people to elect their Chief Executive to administer this Special Administrated Region. The CE would still need to be approved by Central Government in Beijing The issue of full democracy was never agreed and the whole issue kicked down the road for 50 years...half of which has now expired.