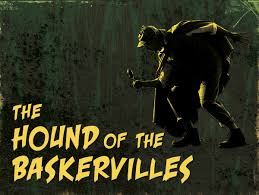 In Sir Arthur Conan Doyle’s “The Hound of the Baskervilles”, Sherlock Holmes lectures Watson on the unlikely subject of free trade.

Holmes: “Capital article this on free trade. Permit me to read you an extract from The Times: ‘You may be cajoled into imagining that your own special trade or your own industry will be encouraged by a protective tariff, but it stands to reason that such legislation must, in the long run, keep wealth from the country, diminish the value of our imports, and lower the general condition of life in this island.’”

“What do you think of that, Watson?” cried Holmes, in high glee, rubbing his hands together with satisfaction. “Don’t you think that is an admirable sentiment?”

That was written 1901. In 2019 we are still furiously debating the value of free trade. The Nobel economics laureate Paul Krugman argues that the trade barriers that President Donald Trump has raised against China are counterproductive. All it has done is to trigger retaliation. Farmers who export soya and wheat to China have lost out heavily. The old, uncompetitive, industrial sector of America, has not been revived and the American consumer has faced rising prices. Yesterday a report published by the Federal Reserve (the US central bank) said the same thing.

Globalization
Students have long been taught by their economics professors that even if a country is poorer than its trading partner it’s still sensible to trade with it. Trade will lift both boats. It pays the richer country to concentrate on making and exporting what it does best. Then it wants to import cheaply what it is not so good at. This is called the law of comparative advantage. In recent years, as trade barriers have fallen and international transport has become cheaper, it has been called globalization.

In fact globalization has been gathering speed from the time when Venice ruled the waves and imported spices from the east in return for silks and manufactured goods.  Jeremy Bentham argued in 1789 that war could be avoided if free trade grew faster. If nations became more dependent on each other’s products and thus were increasingly bound together antagonism would be muted.

Now according to the Harvard economist, Dani Rodrik, we have “hyper globalization”. He defines this in an essay in Foreign Affairs, as “requiring domestic economies to be put in service of the world economy rather than the other way round”.

This is our present condition with, since the mid 1990s, freer movement of intellectual property and agricultural products and the liberalization of finance “which freed up vast quantities of short-term finance to slosh across borders in search of higher returns”.

It is these processes together with falling trade barriers in industrial goods that have led to the acceleration of the decline in manufacturing employment in the developed world, working to create many distressed communities.

The financialization of the global economy produced the worst financial crisis since the Great Depression. It happened in 2008 and was called the Great Recession. It inflicted enormous harm on the working class and developing countries.  It was followed by the mistaken policy of austerity led by the Conservative government of the UK and the German government of Chancellor Angela Merkel, but not by US President Barack Obama.

The answer both Krugman and Rodrik argue in their separate approaches is to return to the flexible principles of Bretton Woods- the conference at the end of World War 2 where government representatives met to establish rules for the world economy. The discussion was intellectually dominated by the great British economist, John Maynard Keynes. He believed in deficit financing when an economy slowed down and unemployment rose. Rather than cuts in government expenditure leading to austerity and more poverty, the pump should be primed with extra government spending so that the economy could grow at a faster rate than the country accumulated debt. Keynes argued as well for capital controls. If he had been listened to there would have been no Great Recession.

Sadly for us all, rich and poor, developed and underdeveloped, policy makers in the West have steadily pulled the carpet from under the Bretton Woods principles. They have practiced trade policies that over time became hyperglobalistic, combined with a refusal to spend what is necessary on retraining workers made redundant by cheaper imports.

Workers at home have lost jobs. Whole industries have been laid low. Jobs were shipped abroad en masse to the likes of China and Mexico. This would have been much less of a worry if governments had spent a good portion of the rewards on retraining workers and helping new industries that would employ them get off the ground. In fact only the Scandinavian countries have done this convincingly. The result is there is no large-scale poverty in Scandinavia; there is a balanced economy and effective universal social services. There is no declining longevity and no epidemics of drug addiction as in the US.

President Donald Trump is fighting the wrong battle with China in a tit for tat confrontation. By historical standards Chinese tariffs are not high. Telsa, the maker of electric cars, has just opened its first factory in China. Yes, it may in due course face intellectual property theft. But by then it will have cornered a big slice of the Chinese market.

Hyperglobalization, concludes Rodrik, has produced domestic disintegration. This is what Trump should be concentrating his energy on, not a trade war with China. I wonder what, if Sherlock Holmes looked at the evidence closely, he would conclude.

The trade war with China has led to a bailout of big Ag that is more costly than the auto bailout in 2009.