WORLDVIEW: Perfidy in the Middle East 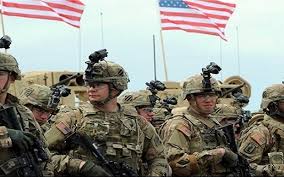 The war in Syria has dropped out of the news, like almost everything else, in a time when the Coronavirus seems to dominate all discourse and reporting. But the regime of Bashar al-Assad continues to strangle its own country. The Russians continue to bomb on his behalf, terrifying civilians and hospitals. The Americans work semi-clandestinely to undermine both the regime and its Russian backers.

There is no sign in the US-Soviet relationship of what was called in the 1970s and 80s détente. The big powers, Russia, the US, the UK and France appear intent on maintaining their interests in the Middle East.

Russia has long been a friend of Syria and has had its single foreign base there since Soviet days. For even longer the US, France and the UK have been a friend of Saudi Arabia and today provide weapons for the Saudi air force so it can support Yemen’s government in its attack on the Houthi rebels, resulting in the world’s worst humanitarian crisis.

Finding a pathway to big power détente in the Middle East seems to be eternally difficult. For those who want to shed some light on how it all works I refer them to an excellent analysis in the current issue of Harvard University’s International Security by Professor Galen Jackson of Williams College.

Reading this one understands how US Middle East policy in the era of presidents Richard Nixon and Gerald Ford and their national security advisor Henry Kissinger became totally Machiavellian after Nixon’s resignation.

It raises the question about how Machiavellian it is today. Is the US engaged in undermining Russia so that it can ensure its dominance in the Middle East? Has it been about trying to give Russia a bloody nose in Syria via the firepower of its local allies, which it and some of its Nato allies have provided?

In the 1970s and 1980s many Western politicians, academics and media argued that détente was failing because the Soviet Union refused to pursue a non-idealogical and restrained foreign policy. But this in large measure was wrong- certainly so in the Middle East. We now know from opened Soviet archives and Western scholars who have deeply researched the matter that Moscow was eager to cooperate with the US on a number of important issues, particularly on the Palestinian/Israeli conflict. “Its ideas for how the dispute should be settled essentially mirrored those of the US. The US, however, although tempted to respond favorably to the Kremlin’s initiatives, instead tried to expel the Soviet Union from the region”, writes Jackson.

The Soviets backed the Palestinians in their quest for statehood, following the Arab defeat in June, 1967, war. Yet they were anxious not to break their close links with Israel nor to open another front of a dispute with the US.

On the American side, Nixon wanted to be equidistant from the Palestinians and Israelis. Nixon thought that in the short run Israel’s position was “unassailable” but in the long run it was going to be “disastrous”. Kissinger, a Jew himself, felt that that the Israelis were pursuing “diplomacy which leads to suicide”. The US was acutely aware after the October 1973 war and the imposition of the Arab oil embargo against the US of the linkage between oil and the Palestine/Israel issue. It did not want to upset the Arabs more than necessary. Nixon seemed obsessed with the possibility that the Arab-Israeli dispute could drag the superpowers into war. If the Israelis felt threatened – as they had in 1967- they might feel the need to attack pre-emptively which would leave the US “looking down the barrels with the Soviet Union again”.

Moscow, for its part, was also fearful of being drawn into a war which might lead to the “nightmare scenario” of a direct conflict with the US.  President Leonid Brezhnev emphasized that the situation could lead to “unpredictable consequences”. Foreign Minister Andrei Gromyko wrote in January 1967, “We should, while supporting the Arab countries in their struggle against Israel’s expansionist policy, flexibly dampen the extremist trends in the policy of certain Arab states, for example, Syria”. The Kremlin had good reason to believe that Israel was contemplating an attack against Syria. At one point in a speech, Brezhnev warned the Arabs that their “belligerent statements could become inflammatory material”.

Iraq’s Saddam Hussein was told that the USSR would never support the destruction of Israel.

Frustrated with Moscow’s stance, President Anwar Sadat of Egypt decided in July 1972 to expel the Soviet military stationed in Egypt. Kissinger observed, “You know that the Russians showed restraint in the Middle East. That is why Sadat kicked them out.” Just before the Israel/Arab war which began on October 6th 1974, KGB chairman Yuri Andropov noted that Soviet policy has been “directed at the prevention of the unleashing of military conflict.”

Leave us alone Snake. We love our communism. We want to pay double price for everything while our children starve to death. Just stop it oringe dotard man. Nobody should ever be able to go out of their house...ever. I might get a sniffle or break a nail. If you go out of your house, you should go to prison. Juist stop it Snake

Looks like Panama is not the only one strangling its own country.