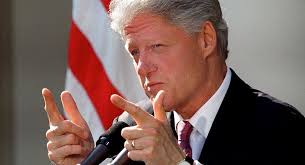 When I was in Moscow three weeks ago I was briefing myself for an interview with the Soviet Union’s last president, Mikhail Gorbachev. As it happened he had to cancel it as he went into hospital for tests.

One of the American academics I always read is Gordon Hahn, an ex-fellow of the highly regarded Centre for Strategic and International  Studies. He wrote that American policy towards Russia is a runaway train without rails, driven by a troubling confluence of hubristic ideological influences and bureaucratized sectorial interests. I would add to that, Republican members of the Senate who have allowed President Donald Trump small room to maneuver on Russian issues, even though there are some indications that he’d like to make peace with Russia.

I also re-read what President Bill Clinton’s secretary of defense, William Perry, has said on a number of occasions: “The US is as much to blame for the state of US-Russian relations. It began when I was secretary of defense…if you look back over a period of 20 years and put the scoreboard together there are at least as many American mistakes as there were Russian.”

Perry has also reminded us of forgotten history- that the expansion of Nato, initiated by Clinton and continued by his three successors was the start of the downfall of US-Russia relations. Perry has pointed out that prior to that relations were going well, including four joint military exercises between Nato and Russia.

Memory lapse
All this seems to be forgotten by most and conveniently overlooked by those who know, like the National Security Advisor, John Bolton.

The myth-makers, which includes a large part of what former Barack Obama’s foreign policy advisor, Ben Rhodes, calls “The Blob” i.e. the informal but effective caucus of congressmen, business, academics and journalists, dominate the field. One of the false conclusions they push is that Nato expansion had nothing to do with the making of the Ukrainian crisis.

Ukraine is the running sore that gives most Russians the most pain. They feel the US and the European Union in trying to entice Ukraine, a centerpiece in the Soviet Union, westward, was resurrecting what Russia has always feared, encirclement. They also remember Victoria Nuland, the assistant secretary of state, circulating in the crowds protesting against the Russian-supported, democratically elected, president, Wiktor Yanukovich, handing out cookies. Wasn’t this a symbol of Washington’s intervention in the political affairs of a sovereign state?

It was Nato expansion that happened despite earlier assurances given to Gorbachev that was the basis of Russian fears. If Russia did overreact by arming anti-government militias in eastern Ukraine and taking over Crimea, home of its Black Sea Fleet, it was understandable. No issue is given more support in Russia today, even among those who admit international law was broken.

If Nato countries want to make progress in restoring relations with Moscow they must remove the sanctions imposed because of these events.

Russian public opinion is quite sensible I’ve found in my interviews over the last few years. There’s no other issue on the horizon, people say, that would push Russia to intervene. Mainstream opinion shows no interest in doing anything unsettling on its western flank. Russia’s relations with the ex-Soviet states to the south are good. In the East is China which the West seems to be pushing closer to Russia. This is totally counterproductive as was shown last week when presidents Xi Jinping and Vladimir Putin agreed that Huawei would construct Russia’s 5G telephone connectivity equipment. This will overshadow America’s own system.

Putin has a long list of other American-initiated actions which have hurt Russia. Perhaps most important was George W. Bush’s decision to abrogate the Anti-Ballistic Missile Treaty signed in 1972. This agreement, by making the US and Russia more vulnerable to a nuclear attack, was meant to reinforce deterrence. Bush wanted it canceled so the US could press ahead with a threatening land-based missile defense system, thus lowering the threshold for nuclear war.

Useable nukes
Trump has added to Russian fears by announcing the US is going to develop “more useable” low-yield nuclear weapons, suitable for warfighting, unlike present-day missiles which could destroy half the world. This he links, for the first time in America’s post-Korean War history, to the US considering nuclear strikes in response to non-nuclear threats.

Since the Cold War’s end, the US regards every part of the planet to be a region of its interests. It has an active military presence in 147 countries. The US has a potential military capacity some 19 times that of Russia. This is not the way to create a peaceful world.

Washington must be pushed to regain the sense of balance it had at the end of the Cold War during the presidency of George H.W. Bush. He saw it all clearly. Otherwise, there’ll be no healing of the breach between the two big powers.

I'm curious what Trumpers think of this essay. Agree or disagree?