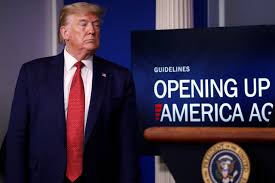 MOSCOW.- Here’s a joke, borrowed from a Russian website. The Russians always have had a dry humor. “Trump, Merkel, May and Macon- Putin is heartily sick of them all. They keep calling and calling, so he switches his phone to voicemail. His message says; “Hello, you have called Russian President Vladimir Putin. Unfortunately, I cannot take your call at the moment. If you want to surrender, press 1. If you want to threaten sanctions, please press 2. If you want to discuss the situation in Ukraine, press 3. All buttons other than 1 activate our Topol-M intercontinental missiles. Have a nice day!”

After you’ve laughed remember it does not reflect current Russian attitudes.

Most people in Russia are not seized with the vigorous animosity towards the West as they were in Soviet times. And most people in Russia support Putin. He may have lost a sizeable slice of his supporters for now because he pushed through last year a necessary pension reform and because the economy has gone through a bad patch, but he’s still riding reasonably high in the polls.

Most of those who aren’t happy with him are largely passive. Those who are liberally minded who do not like his autocracy are maybe 15% of the population. Those who are active dissidents on the street or the hustings are less than 5%. Putin mostly tolerates them, knowing their influence is modest if not slight.

Sometimes at the rallies, the police are gentle with protestors, sometimes rough, sometimes protest leaders get a 14-day sentence.

Occasionally, Putin appears to turn half a blind eye to a political assassination of his opponents, usually carried out by Chechens, who after two barbaric wars against Russia now seem to be over-enthusiastic Putin supporters since he heaps largesse on their region. According to Memorial, the Russian civil rights organization, in May 2017 there were 117 political prisoners and prisoners of conscience. Amnesty International has made a similar count. Putin’s Russia certainly doesn’t compare with the days of the Gulag, but it compares unfavorably with the last years of Gorbachev and with the era of Yeltsin.

The media
If you want to find what is going on, there are two newspapers, a magazine, an online magazine, a nation-wide radio station and two nation-wide television stations plus some local stations that are independently minded. The Internet, unlike in China, is freely available, as are foreign broadcasters such as the BBC. Films, theatre, art, and literature are uncensored, although sometimes the Orthodox Church and its supporters get angry about content and demand the offending item be banned. (Remember the pop group, Pussy Riot, singing in the cathedral or the sensual, erotic, ballet, performed at the Bolshoi, on the life of the great male dancer, Nureyev?) It usually isn’t, although in the case of the Pussy Rioters they went to jail, a rare case.

If you are content with your ignorance you can relax in front of your TV after a hard day’s work and watch the government’s popular channels, 1 and 2 and be gently entertained and brainwashed.

Perhaps, unlike China, state censorship and self-censorship is about to lessen. Recently an investigative journalist who had irritated the police with his probes into corruption was arrested and charged with a crime, selling drugs, that could have given him a long prison sentence. Three important financial papers rallied to his defense, posting on their front page the same slogan “We are Ivan Gulanov”. Even on state-controlled TV there were some critical words. Soon after he was freed and later two high-up police officers were sack

In Russia these days you can sit in a restaurant or bar and say what you want to whoever will listen to you. You are probably much better paid than your parents. Health and schooling are better. Infant mortality and maternal death rates are down especially in the west of this huge country which straddles six time zones- social indicators in Siberia, the Arctic, the south and the east bring the overall Russian averages down. The people, well educated in Soviet times, are even more so. In science and technology, Russian achievements are world-class. Poverty has sharply fallen. The trains, buses, trams, and planes are more sophisticated. NGOs proliferate for all sorts of good causes. All this is in contrast to the economic and social chaos during the time of the democratically elected Boris Yeltsin. Moreover, in Moscow and St Petersburg and other large cities in the European part of Russia, the sanctions imposed by the West don’t seem to affect day-to-day life that much- maybe they have had to cut their lifestyle by 10% but that is only a small pinch. The shops and restaurants are full, the people quite well dressed and there are too many cars. Children’s daycare from the age of one to seven remains universal in the cities.

Putin’s position was not achieved by the sword or by fiat- power in Russia is co-constructed. It was achieved by the support and emotional commitment of millions of Russians who respond to the central axes of his policies.

Most Russian people do believe in democracy, and presumably so does Putin, even though in his eyes it is a construct that must at times be constrained. Factions around Putin exist but no one has the public standing to be a credible challenger. Yet he is not omnipotent. On occasion, he complains publically that his orders and wishes are slowed down, diverted, consumed by the bureaucracy or even ignored.

Russians are little different from most of us. They want the fruits of capitalism, but not the corruption- and for some, the selfishness- that often goes with it. They want to vote. Quite a few of them demonstrate. Most Russians, if not as happy as the Scandinavians, are reasonably content and enjoy family life. They are attached to their country and their culture.

Confronting Russia on Ukraine or threatening it with more modern types of nuclear weapons will not undermine Putin. We had peace with Russia at the time of George H.W. Bush. Bill Clinton destroyed it with his mission to expand Nato. Some bold steps could take us back to the wise, sensible, and full of foresight, days of Bush Sr.

When will we get a US president and European leaders prepared to step out and wind the clock back, and make peace with Putin- which means making peace with the Russian people?

Over 3,000 including children displaced in narco ...
3
Meghan’s father could testify against her say UK...
1
After fires  surviving Koalas could be endangered...
0
WORLDVIEW: Thousand die but Ukraine paradox live...
0