WORLDVIEW: Can war crimes be deterred? 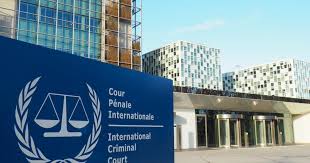 With a bit more pushing and, after, unfortunately, a bit more killing the three remaining serious wars on the planet, in Syria, Afghanistan, and Yemen, should come to an end. Then it will be time to take stock on what caused the killing, especially why so many innocents lost their lives and whether wars of this kind can be deterred in the future. The world has already made a lot of progress over the last few decades: there are no interstate wars and the number of civil wars has steadily fallen, (albeit the graph has begun an upward turn in the last two years mainly because of mini-wars in West Africa).

Eighteen years ago the International Criminal Court to prosecute war criminals was established by treaty. Nearly all the world signed up. The US, Israel, Russia, China and India did not.  However, the latter three have not taken an activist obstructionist view. The US did at first under President George W. Bush. Then he relented and the US lent a hand to bringing some African war criminals to justice. President Barack Obama, even more vigorously, helped the ICC along, both actively and with funds. Obama wanted the US to join but a Republican majority in the Senate made that impossible.

President Donald Trump, for his part, has tried to undermine the ICC. Indeed, he is furious that the ICC’s prosecutor is investigating alleged war crimes committed by American soldiers in Afghanistan.

The big unanswered question is, does the world-wide prosecution of war crimes deter future ones? Will politicians and generals be more wary of the way they fight, in case they end up in the dock in The Hague where the multinational bench of justices sit and then be incarcerated for a long term in a Dutch jail?

Syria should be a test case. Yet despite manifest atrocities on both sides, the Russians have a veto in the UN’s Security Council and therefore can squash a prosecution of President Bashar al-Assad and his henchmen going forward.

Embarrassment
However, as with the indictment of US soldiers today, the ICC can embarrass the offending nation, just by investigating it, and then attempting a prosecution, even though it knows it will be vetoed.

The ICC’s predecessor, that laid the way for its creation, was the International Tribunal for the former Yugoslavia. There have also been ad hoc UN-mandated courts to try suspected war criminals from Cambodia, Indonesia, East Timorese, and Sierra Leone.

Many convictions have been sustained. Many leaders are serving long jail terms. The former president of ex-Yugoslavia, Slobodan Milosevic, died in prison. The ICC prosecutor is currently investigating crimes in Colombia, Myanmar, Syria, and Israel.

So is deterrence now working? Has the ICC demonstrated its reach enough so that from now on politicians and generals will act more cautiously in the future and that war crimes on a large scale are coming to an end? Or do we conclude, as we do with common criminality, that the threat of prison does deter crime, but not abolish it?

A valuable 34-page study of this question has been made by Professor Jacqueline McAllister in the current issue of Harvard University’s quarterly, International Security.

She concludes that international prosecution can deter. But only in cases where the backers of one of the protagonists have been liberal democracies- which they have been 50% of the time, as in the Congo, Cambodia, ex-Yugoslavia and East Timor. Where the antagonist is backed by a powerful authoritarian country, as with Russia in the case of Syria, it is much more difficult to go to court.

Her study which analyses 14 combatant groups from the Yugoslav conflicts shows that the above conclusion offers a detailed explanation of why the Yugoslav court succeeded in deterrence with the Macedonian army and the rebel NLA forces, fighting for union of its Albanian population with Albania, but failed with government and rebel groups from the conflicts in Serbia, Croatia, Bosnia and Kosovo.  The fact is that the Yugoslav court was founded towards the end of the conflict and thus had no chance of acting preemptively before passions were unleashed. Besides, when it was founded it was not much known about by front line combatants and it didn’t start to prosecute cases until the wars were over. The Macedonian conflict came later after the ex-Yugoslav court was geared up for action.

Myanmar
Many difficulties remain before the ICC will be truly feared by would-be warmongers. As the appalling persecution of Myanmar’s Rohingya minority show, a government, despite having a former Nobel Peace Prize winner, Aung San Suu Kyi, at its head, has been prepared to expel half a million of Rohingya to refugee camps in neighboring Bangladesh, kill hundreds of thousand innocents and destroy thousands of villages. Myanmar’s rulers are well aware of the ICC yet they have continued with their prosecution of a helpless minority.

Set against that failure to deter, there are undoubtedly cases where conflicts don’t manifest themselves in large-scale violent form because deterrence is working. We can only guess at which they might be- perhaps Venezuela and Colombia, Thailand’s militant Muslims versus Buddhist-orientated government troops in its south, and Israel versus Palestine.

ISIS and its colleague in arms, Boko Haram, in the Middle East and West Africa, seem immune to any type of influence, despite the fact that Security Council members are united against them.

The impact of deterrence is particularly true when countries that take human rights seriously say they are no longer prepared to support one side or another in a civil war. (Before the coming of the ICC half of them were prepared to give support to protagonists on one side or the other.) Even so, in the present day civil war in Yemen the UK and the US along with Saudi Arabia and the UAE are supplying arms to the government’s side, a government that is clearly carrying out atrocities against civilians. The ICC should prosecute these five governments.

The ICC has taken only a few steps forward in the long march towards deterrence. Undoubtedly, some progress has been made but more time must pass before we get a clearer picture.

Unfortunately, there are Americans who believe that when their troops commit atrocities, it isn't a war crime, and any troops convicted of such crimes should be pardoned. That attitude that only the enemy is ever guilty precludes effective and evenhanded enforcement.