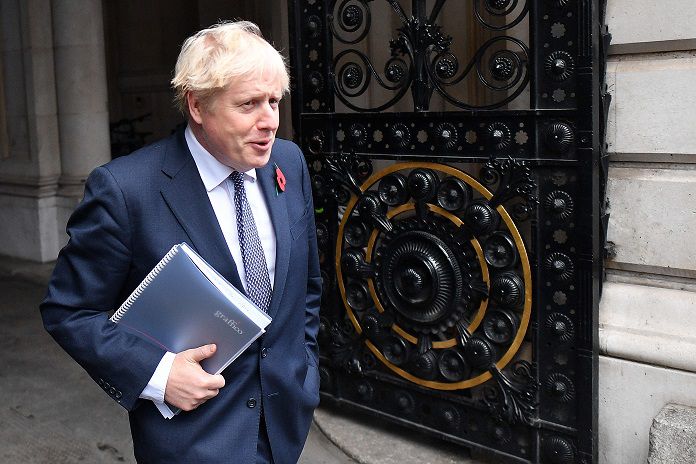 AFP – The UK Labour opposition on Sunday called for a "deep" and independent investigation into how the Conservative government of  Prime Minister Boris Johnson used British taxpayers' money, after accusations regarding the financing of the renovation of his apartment.

Boris Johnson's former right-hand man, Dominic Cummings, questioned the prime minister's ethical integrity this week, claiming in an explosive post on his website that he was seeking to fund work on his apartment through private donors.

On Friday, a minister in his cabinet indicated that Johnson had covered the costs "out of his own pocket", however, he did not clarify whether he had reimbursed a donor.

"We do not know the truth about this dispute between two very powerful men, who seem more interested in who is lying than in the underlying problem," Labour MP Jess Phillips told Sky News on Sunday.

"What we need is an objective and independent investigation," he added, and that Labour will raise an urgent question in Parliament on this matter next week.

This investigation should examine "if the contracts were agreed by SMS, like the tax cuts, or if the Prime Minister uses his friends to get money to repair his house," he said , referring to SMS exchanges with industrialist James Dyson.

The BBC recently brought to light the exchange of text messages, in which Dyson asked Johnson, at the beginning of the pandemic, to "fix" the tax situation of its employees who moved to the United Kingdom to manufacture respirators, as requested by the government. Johnson reportedly responded in March 2020, “I'll figure this out tomorrow! We need you".

The Conservative government once again denied all accusations on Sunday morning. "The Prime minister has taken care of the renovation costs of his apartment, it is completely clear," the Minister of International Trade, Liz Truss, told Sky News, assuring that he has "acted according to the rules throughout This process".

The Electoral Commission, which regulates donations to political parties and their spending, confirmed that it is investigating the case.

What a ridiculous storm in a teapot. Opposition must be desperate. What leader pays for the decoration of his official residence which in any case belongs to the State ? We are talking here of a pretty cramped apartment above a small terraced row of buildings. Stupid fuss about nothing.