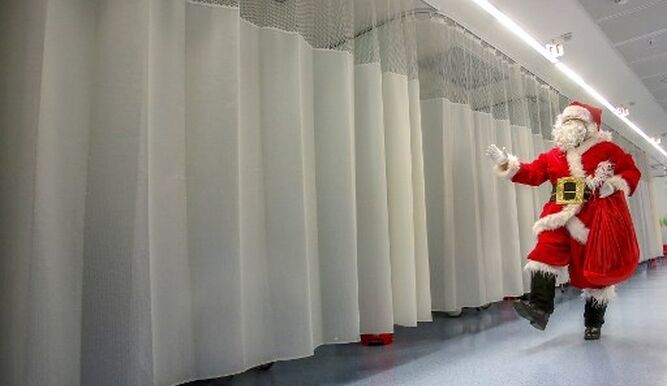 The COVID-19 pandemic caused the death of 26 residents in a retreat for the elderly in Belgium, after the visit of a volunteer dressed as Santa Claus who apparently did not know he was contaminated, health sources and the establishment itself reported Thursday.

The Hemelrijck retirement home - located in Mol, in the province of Antwerp - where 169 people lived at the beginning of December, now has 85 positive cases of COVID-19 among residents and another 40 infected among staff, an official of the establishment, who requested anonymity told    AFP the retreat organized the visit of a volunteer dressed as Santa Claus, to encourage the elderly and give them various gifts. A few days later that person tested positive for coronavirus. Belgian virologist expert Marc Van Ranst had pointed out that most of the people infected in the nursing home had been infected "from the same source."

Traditionally, Santa Claus - or Sinterklaas - distributes gifts in Belgium every December 6. Meanwhile, a spokesman for the health agency of the Flemish region of Belgium, Joris Moonens, pointed out that at the moment "there is no certainty" that Santa Claus was the origin of the infection, nor is there evidence that the volunteer has known that he ws contaminated. However, the outbreak was detected a few days after the visit from Santa Claus, and fears were consolidated when it was known that the volunteer did indeed test positive. Retirements for the elderly in Belgium were severely hit by the world pandemic. The country has one of the highest per capita fatalities in the world.

How sad. I wonder if the residents had been receiving vitamin D supplements.

How sad. I wonder if the residents had been receiving vitamin D supplements.