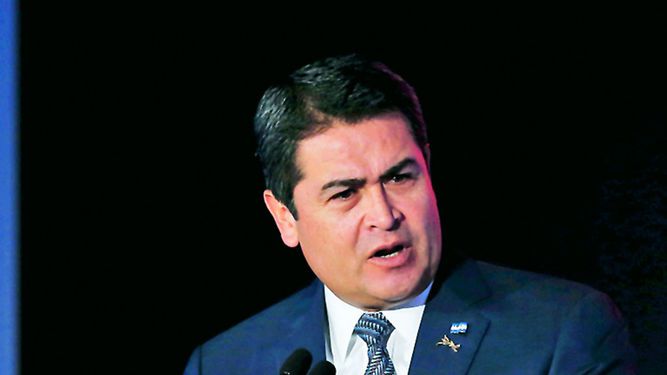 Mexican President, López Obrador  lashed out on Sunday, October 6 at public servants  who  were earning more than the $5,564 a month he is receiving in fulfilling a campaign  promise

His salary is , 40% less than his predecessor Enrique Peña Nieto      (2012-2018) earned and he promised that he would adjust the law to that no public servants exceed that number.

“There are some who did not like the law that was passed so that no one learns more than what the president receives, they protected themselves; they can legally win, but morally they are nothing, nothing, nothing," López Obrador said in a community  act at the  Rural Hospital of Santiago Juxtlahuaca, in the southern state of Oaxaca.

In November 6, 2018, the Federal Law on Compensation of Public Servants entered into force, which establishes that no public servant can earn more than the president of Mexico and eliminates pensions for former presidents.

According to records, public servants who felt affected by the measure have put forward more than 27,000 objections to date.

López Obrador recalled that before his administration began, on December 1, 2018, the salaries of senior public officials, "who also abused", were going to earn up to $35,860per month.

“They said that if they were paid well, it was guaranteed that they would not fall into the temptation of corruption ... whoever dares to receive such a salary, with so much need and poverty in the country, that is corrupt, no doubt, "he added.

“Mexico continues its march and we are going to root out the corrupt regime of injustices and privileges." He said that the previous governments "didn't care about the people, the government was like a committee at the service of a rapacious minority, corrupt politicians, and influence peddlers, disguised as businessmen.

WORLDVIEW - US has edge on  Russia in ousting pre...
5
WORLDVIEW: Western hypocrisy and Russia
2

It seems reasonable that no political representative of The People should earn more than the income of the majority. That would certainly create an environment where the interests of The People were actually represented. No good can come for poor people by having rich representatives who have no comprehension of their circumstances!