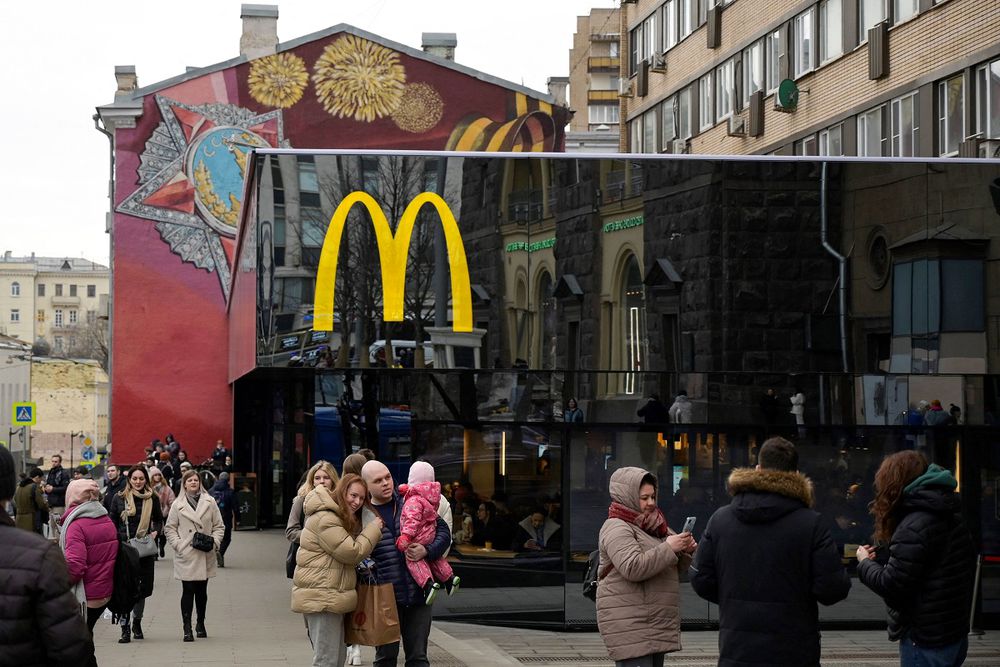 US fast-food giant McDonald's, which closed its stores in Russia in early March, announced Monday that it will withdraw from the country and sell all of its operations, in reaction to the invasion of Ukraine.

"We are committed to our global community and must remain uncompromising in our values," said group CEO Chris Kempczinski, quoted in a company statement.

“Respecting our values ​​means that we cannot continue to maintain” McDonald's in Russia, he added.

Present in Russia for more than 30 years, McDonald's has 850 restaurants and 62,000 employees.

The company announced the temporary closure of all its establishments and the suspension of its operations in the country on March 8, following in the footsteps of other multinationals that distanced themselves from Moscow.

Russia, where McDonald's directly manages more than 80% of its restaurants bearing its name, represents 9% of the company's total turnover and 3% of its operating profit.