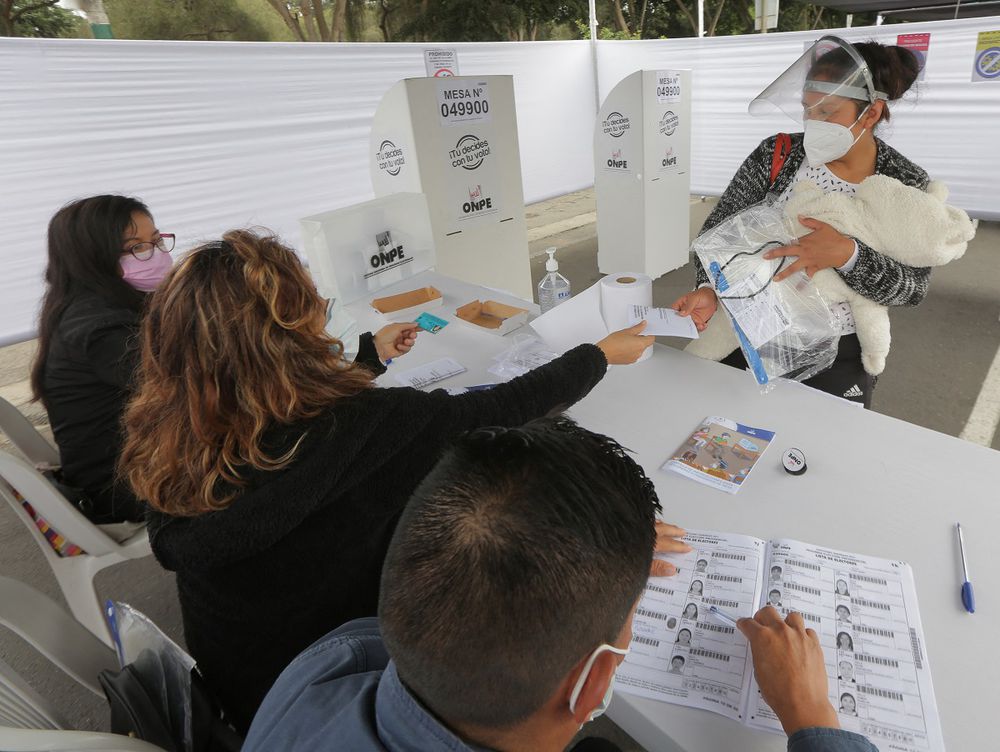 The votes from the countryside, the jungle and from abroad will define the presidential ballot in  Peru, where the advantage of the right-wing Keiko Fujimori over the leftist Pedro Castillo was reduced this Monday to tenths with more than 93% of tables counted.

Fujimori is slightly ahead of Castillo with 50.2% of votes while her rival has 49.7%, according to the report of the National Office of Electoral Processes (ONPE), with 93.7% of the polls scrutinized.

“Only the people will save the people. let's not fall for any provocation [...], I ask you for restraint ”, said, this Monday morning, Castillo to his followers in his stronghold in Cajamarca, more than 900 km north of Lima.

Fujimori, who has not commented on the first official figures, had commented that the exit results should be taken with "prudence" because the margin of difference was "small".

On Sunday night, the first official scrutiny of 42% of the polling stations provoked outbursts of jubilation in wealthy districts of Lima, such as Miraflores, where people went to the windows of their homes to celebrate Fujimori's partial victory (at that time by almost six points)

The first results injected courage into those who fear seeing their country will "fall into communism" if Castillo, 51, is president.

In the town of Tacabamba, Castillo's fiefdom, peasants gathered at dusk and to the rhythm of an Andean music orchestra, they danced confidently: "Our votes are still missing," they warned.

With such a close count, sources from the ONPE and local media emphasized Monday that caution should be exercised.

"The reports from abroad and from more remote rural places are still missing, so the result is still uncertain," analyst Fernando Tuesta told the Latina de Televisión channel.

After the polling stations closed on Sunday, an exit poll by the Ipsos firm had given Fujimori a 50.3% advantage over his rival's 49.7%, but then a quick vote count from the same pollster yielded an inverse result, with 50.2% for the rural school teacher and 49.8% for the daughter of the imprisoned former president Alberto Fujimori.

The quick count, which has a margin of error of 1%, "has never been wrong" in the Peruvian presidential elections, said Fernando Tuesta, former head of ONPE.

If there are no setbacks this Monday, the results may reach irreversible levels, but vote challenges are not ruled out, which would delay the definition in the event of a narrow difference.

An electoral observation mission of the Organization of American States (OAS) is in Peru monitoring the elections. authorities.