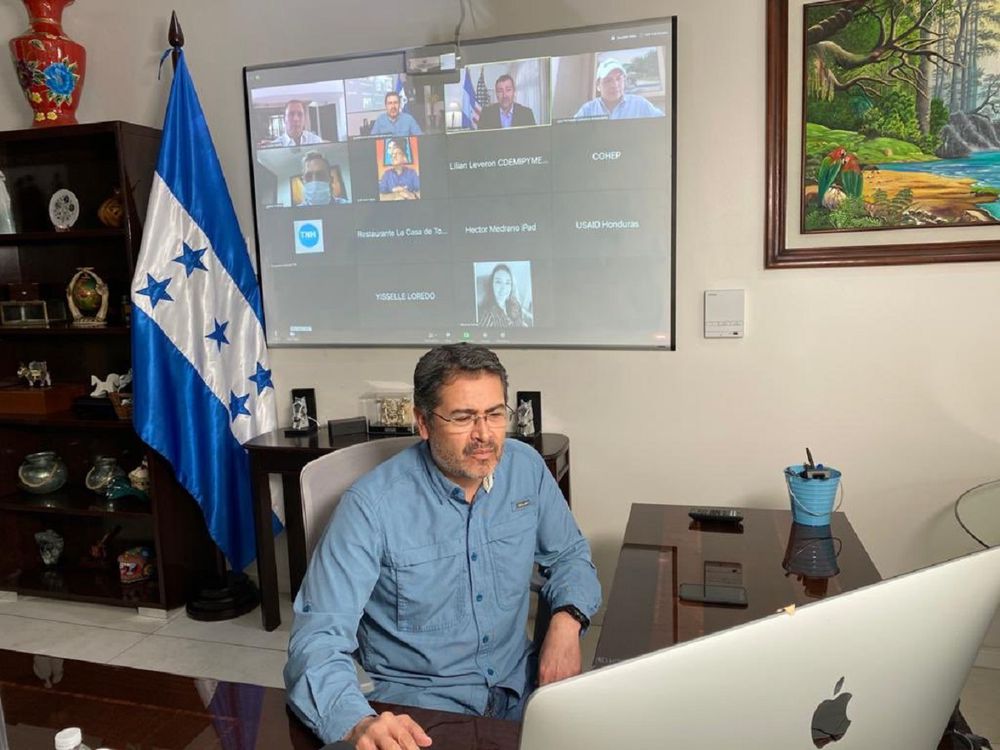 Honduran President Juan Orlando Hernández was admitted to the Military Hospital of the capital for pneumonia the day after announcing he had been infected by the coronavirus, the government reported on Wednesday.

The doctors who evaluated the president "indicate that he is in-hospital" after laboratory findings of pneumonia," a government spokesman on the pandemic, Francis Contreras, told reporters

He added that Hernández "has some infiltrates in the lungs (but) his general state of health is good."

The 51-year-old announced Tuesday night that he felt discomfort over the weekend that turned out to be caused by Covid-19.

He said that he would continue to function by "teleworking" while beginning treatment.

His wife, Ana García, also tested positive, although she had no symptoms.

Hernández acknowledged that the hospitals that care for coronavirus patients have"collapsed."

Is he being treated with HCQuinine ? Who knows ?