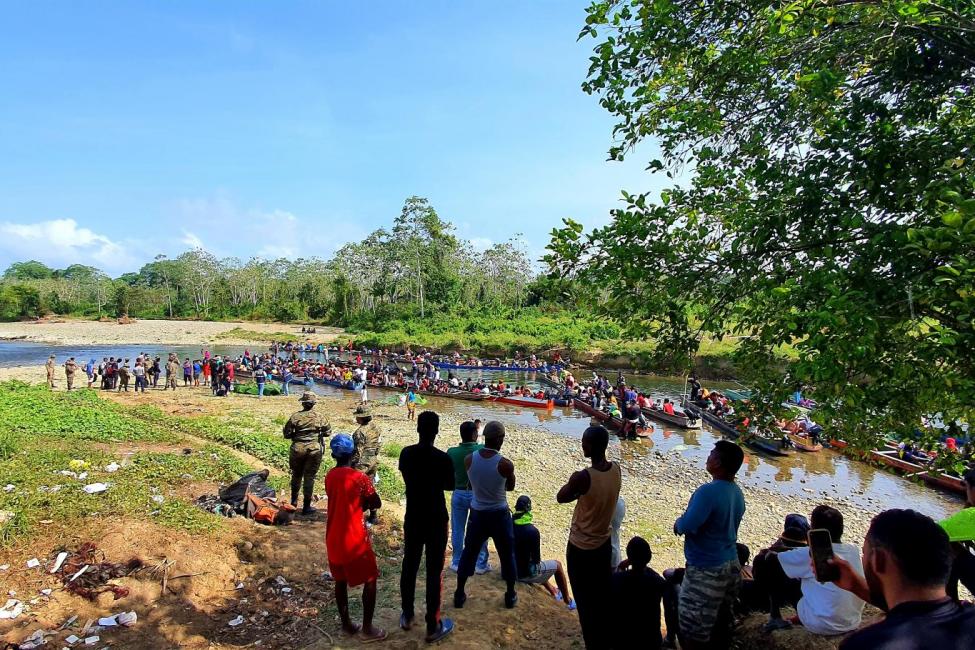 Between January and May of this year, 32,797 irregular migrants crossed the Darién border, a figure that doubles the records for the same period in 2021 (15,949).

The migratory crisis has led the rulers of the region to sit down to look for alternatives to face the situation and at the Summit of the Americas, which ended Friday in Los Angeles,  some agreements were reached. Shared responsibility, proposed by Panama in 2021, was supported at the Summit by the US, the main destination for migrants.

The number of irregular travelers across the border between Panama and Colombia continues to increase, although with a difference compared to 2021: now, the constant are Venezuelan citizens reports La Prensa.

The year 2021 is remembered for the large number of travelers from Haiti who passed through Panamanian territory on their way to the United States. After achieving the goal, thousands were taken to US shelters and then deported.

In the first five months of this year, the National Migration Service (SMN) added the passage of 32,797 migrants through the border between Panama and Colombia. More than half of them were Venezuelans and, of these, 9,844 made the crossing in May.

The SMN reports detail that the irregular passage of migrants across the Colombian-Panamanian border doubled in a single month this year, going from 5,667 migrants in April to 13,894 in May.

In the first five months of this year, the SMN registered a monthly average of 6,559 travelers.

This avalanche of irregular migrants led Panama to coordinate diplomatic actions with neighboring countries including Colombia, Chile, Ecuador, Costa Rica, and the United States, to execute concrete plans so that the transfer of these people would take place safely.

All this, taking into account that Panama was only – and continues to be – a transit country since the majority of irregular migrants have North America as their main destination.

The Summit of the Americas had as one of its central themes the migration crisis.

At the opening ceremony, US President Joe Biden stated that safe and orderly migration is important for all economies on the continent and that irregular migration "is not acceptable”