Family gathers at Balmoral as Queen under medical care 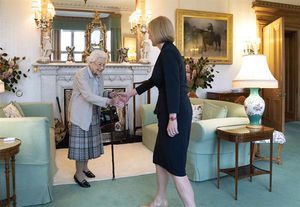 EFE - Prince Charles, the heir to the British crown, is at Balmoral Castle (Scotland) with his mother, Queen Elizabeth II, while the Duke of Cambridge, William, is on his way after learning that the 96-year-old sovereign, receives medical care, reported their respective official residences.

Buckingham Palace, announced Thursday that doctors have expressed concern about Elizabeth II's state of health and are keeping her under supervision.

The Prince of Wales traveled to Balmoral accompanied by his wife, Camilla, Duchess of Cornwall, according to Clarence House, his official residence.

Prince William, son of Prince Charles and the late Diana of Wales and second in line for succession, has traveled to Balmoral from Windsor, where he now resides, according to Kensington Palace, the office of the Duke and Duchess of Cambridge.