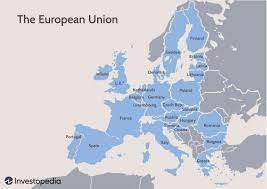 Europe may register an additional 236,000 deaths from the Covid-19 pandemic between now and December 1, the regional director of the World Health Organization (WHO) said on Monday, expressing concern about the stagnation of the vaccination rate.

"Last week, the death toll in the region increased 11%, with a reliable projection that foresees 236,000 deaths in Europe between now and December 1", which will be added to the 1.3 million fatalities registered so far in the Old Continent, declared Hans Kluge at a press conference.

Of the 53 member states in the region, 33 reported an increase of more than 10% in the incidence of cases in two weeks, he stressed, while the rate of vaccination decreased.

"In the last six weeks" that rate "fell 14% due to a lack of access to vaccines in some countries and a lack of acceptance of vaccines in others," said Kluge, who urged increasing production capacity and share doses.

Although three-quarters of health personnel in Europe as a whole are vaccinated, in some countries in the region it is only 10%, according to the WHO.

According to data from this agency, in eight months, about 850 million doses have been administered in the region, which extends to Central Asia, allowing about half of the population to be fully vaccinated.

In the European Union, 58.7% of its inhabitants, that is, 262.3 million people, are fully vaccinated, according to a Monday count.