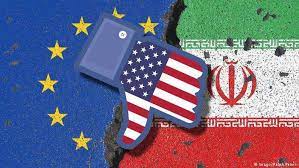 It was the Americans who helped the long-ago-deposed Shah of Iran start Iran’s nuclear power research. He wanted a bomb. The Americans seemed insouciant about where this might lead.

The years passed and eventually, Iran got to the point in their research where some outsiders began to sound the alarm. First and foremost Israel which had its own secretive bomb program. But also American congressmen and much of the media. Only the CIA had carried out objective research and concluded that Iran was nowhere near being on the path to possessing a nuclear bomb. It still holds to that position. Recently the director of US National Intelligence, Avril Haines, observed, “We continue to assess that Iran is not currently undertaking the key nuclear weapons activities that we judge would be necessary to produce a nuclear weapons device”.

In 2015, President Barack Obama concluded a successful deal with Iran that closed down the part of nuclear research that theoretically could lead to a bomb. Obama’s secretary of state, John Kerry, worked closely with his Russian, Chinese and European Union counterparts to present a united front vis-à-vis the Iranians. That support is still there.

Iranians were averse to any intrusion on their sovereignty but in the end, they agreed to only have a nuclear research program that wouldn’t lead to a nuclear bomb. The degree of uranium enrichment was limited, as was the number of centrifuges. The Americans compromised by withdrawing their threat that there could be no compromise. The deal was approved in a unanimous vote by the UN Security Council. Then, with the arrival of Trump, things fell apart.

President Donald Trump sabotaged it. He decided to renege on the agreement and impose severe sanctions. So why can’t the US return quickly to the Obama-led deal if Iran is judged not to be making a nuclear bomb? Isn’t that what it is all about? Why make a fuss about other Iranian activities? They can be dealt with in new negotiations once this present deal is signed and sealed.

Biden’s national security advisor, Jake Sullivan, once said that other issues that divide Iran and the West could be dealt with in later negotiations.  This is more than sensible. To entwine the nuclear negotiations with Iran’s support for Hamas, Hezbollah, and the Syrian government; or Iran’s burgeoning non-nuclear rocket program; or the threat of Iran taking out the US anti-missile system based in southeastern Europe, supposedly meant to repel Iranian missiles but which could be quickly reconfigured to be aimed against Russia, is just to obfuscate the priority of this deal. But this is what the Biden team seems to be doing now.

Biden doesn’t have to return to Congress for approval. The Obama deal was given the stamp of approval by the unanimous membership of the UN Security Council. Trump’s unilateral withdrawal from that was illegal in international law. So all the US has to do now is to affirm its support for the original agreement.

The Iranians remain bitter and wary. As a result, they have been cautious in dealing with the US this time around. Moreover, the present relatively moderate government is likely to be voted out of office in the forthcoming elections and a more hardline president installed. The Americans only have six weeks to make the critical deal.

A new deal could be wrapped up in less than a week. This is possible if negotiators on both sides honor their initial pledges to return at once to how it was before Trump squashed the deal. This is what Biden said he would do when he was running for office. No ifs and buts.

It will make the Middle East a safer and calmer place. Then will be the time to make it even safer by negotiating the other divisive issues, hopefully with the same good faith.