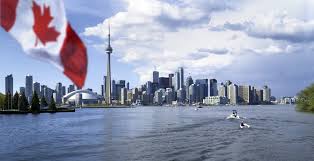 EFE- Canada's gross domestic product (GDP) grew 3% in July thanks to the reopening of the economy with the relaxation of restrictions imposed by the country's authorities to contain the spread of the COVID-19 pandemic, said Statistics Canada on Wednesday September 30

But figures indicate that the pace of economic recovery is slowing as Canadian authorities are trying to contain the second wave of the virus that is already affecting the country's main economic centers.

In June, Canadian GDP had grown by 6.5%. Despite these figures, the Canadian economy remains 6% below February levels, before the declaration of the pandemic.

The agency estimates that in August, Canadian GDP grew about 1%, according to initial figures, so it noted that although the economy is recovering, the pace is slowing down.

"Overall, the economic recovery continued its course but at a more moderate pace than what was observed in the months of May to July," explained EC.

In July, the 20 industrial sectors of the country had increases in economic activity. And the agricultural, services, finance and insurance sectors as well as the real estate sector surpassed the levels of February.

In July, the manufacturing sector grew by 5.9% (in June the figure was 15.1%) while the hotel and restaurant sector, one of the most affected by the confinement, increased by 20.1%.

Another sector that has suffered the most with the closure of the economy, entertainment, and art, grew by 14%. The growth of the health and social assistance sector was 3.7%.

Recovery is threatened by the rapid increase in cases in the provinces of Ontario and Quebec, the country's two main economic engines.

Yesterday, Quebec announced new restrictions in the hospitality and restaurant sectors in the cities of Montreal and Quebec.

And this Wednesday, Ontario released a report that indicates that the number of daily cases of COVID-19 could reach 1,000 in the next two weeks, which will force new restrictions in Toronto, the largest city in Canada and its financial center.

It may have increased 3% in July, but they neglect to mention this part: "Canada's gross domestic product (GDP) shrank 38.7% in the second quarter of 2020, the nation's biggest drop on record." https://globalnews.ca/news/7368258/canada-gdp-july-2020/ Giving half the story, which today's media seems to love to do, only serves to undermine their credibilty