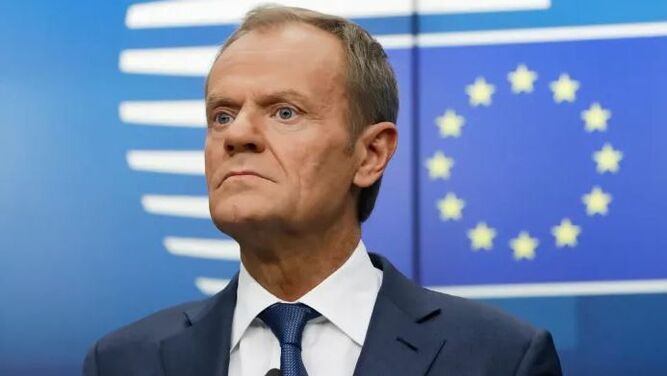 The United Kingdom will become a "second player" after Brexit, unable to compete with powers such as the United States, China or the European Union, said  European Council President Donald Tusk on Wednesday, November 13

"After its [EU] exit, the United Kingdom will become an outsider a second-class player, when serious affairs will develop with China, the United States and the EU," Donald Tusk said in a speech in Bruges (northwestern Belgium) before the College of Europe, which trains the new generations of European officials.

Brexit is "the true end of the British Empire" and its supporters were wrong if they thought that leaving the EU would allow their country to regain its preponderance in world business, the former Polish prime minister added.

The statements of Tusk, whose term as president of the European Council ends at the end of the month, come at a time when the United Kingdom will hold crucial early legislative elections, in which the Brexit issue deeply divides British politics

Brexit supporters argued that leaving the EU would allow the United Kingdom to weave closer economic ties with other countries.

"You can see there a desire for Empire. But the fact is that it is the exact opposite [what is going to happen]. Only being part of a united Europe United Kingdom can play a global role," Tusk added.

The president of the European Council, who never hid his hostility to Brexit, urged remain supporters not to surrender before the December 12 elections.

Putín will again have a heavy hand in the new referendum if the Brits are lucky enough to get to decide. The first Brexit vote was like Trump winning in the US. The majority lost. A lesser EU means a stronger Russia and diminished GB. Husk is correct, GB will be weakened by Brexit!

The end of the British Empire was the decision to surrender sovereignty to an organization run out of Belgium. The truth is, this might be the start of the return of the UK as a powerhouse. These professional bureaucrats are scared to death that other countries will follow.

The British Empire ended when they joined the EU and became just another voice among many. Does anyone really believe that Turkey, Poland and Greece are on the same level with England? No, it will take a few years but Great Britain will rise again.

Tusk and his gang are scared . they were a empire before and they will be again without germany ordering them around

Tusk and his gang are scared . they were a empire before and they will be again without germany ordering them around