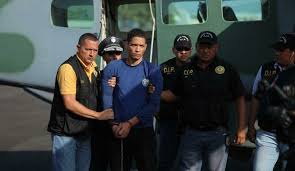 The Venezuelan government announced on Saturday that it will denounce before international bodies the recent sanction issued by Donald Trump administration, against its state airline,  calling the measure a "big political mistake"

"We will be carrying our voice of protest, our denunciation, for this arbitrary, extraterritorial and illegal measure made by the United States Government," the Vice  President for the Economic Area Tarek el Aissami, told reporters.

“The Government of the United States has made a big mistake," said El Aissami, whom the Trump Administration accused of drug trafficking in late 2019.

According to the Venezuelan official, the United States applied the sanction after hearing opposition leader Juan Guaidó, whom almost 60 countries recognize as interim president, was " in Washington asking for more sanctions. "

The Office of Foreign Assets Control (OFAC) of the US Department of the Treasury identified 40 aircraft of the airline Conviasa, which operates on national routes and certain international destinations, as subjects of sanctions for being owned by the Government of Venezuela.