US fines Copa for Venezuela flighs 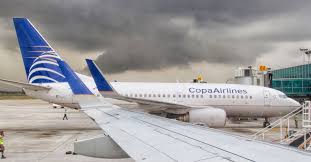 The United States Department of Transportation (DOT) announced  Wednesday that it fined Copa Airlines  $450,000 for 'illegally' transporting passengers between the United States and Venezuela through a stopover point.

The agency said that Copa was ordered to cease and desist from future similar violations.

“Copa's economic license authority to operate flights to and from the United States is conditioned on the carrier not transporting passengers or cargo to or from any airport in Venezuela. Under a DOT Order, which went into effect on May 15, 2019, U.S. and foreign airlines are prohibited from transporting passengers between the United States and Venezuela.

The Department issued the order due to conditions that threaten the safety of passengers, planes, and crew traveling to or from Venezuela, ” says the  DOT.

An investigation by the DOT Aviation Consumer Protection Office found that for nearly a month after the 2019 DOT order was issued, Copa sold more than 5,000 tickets for air travel between the United States and Venezuela and transported more than 15,000 passengers on these flights.

"By transporting passengers between the United States and Venezuela, Copa violated the conditions of its authority to operate and participated in passenger operations to and from the United States without proper authorization from DOT,"

Early restart of flights from Panama in the clou...
3
Europe extends   travel welcome mat to 15 countr...
11
Recovering Europe may close door to Americans
8

But, nothing stays the same. The Amerikkkan Empire has been going to the dogs. It is falling as we write. All things will be made new. The Universe is All-Knowing...

Another move by US to take more control and punch Latin America while its down. Typical US to maintain and/or gain more control of LATAM.

I bet COPA wishes they had that $450,000 now. Investors who bought back into Airline and travel stocks like cruise lines had better sell. The cruise lines are postponing sail dates until The fall or maybe longer.