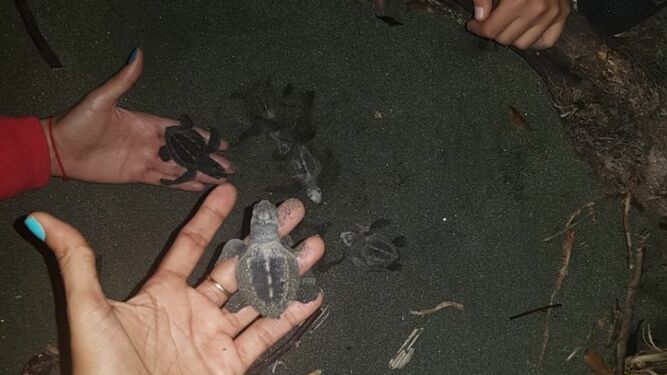 It’s turtle spotting time on Isla Cañas, in the Tonos district, when hundreds of turtles, at least four species, of turtle Hawksbill, bighead, green, leatherback and canal turtles arrive to spawn. Each spawning can generate between 80 to 100 eggs

After leaving their eggs in the sand, they return to the sea say, conservationist and volunteer, guide Edgard Samaniego and the turtles leave mostly at high tide.

Samaniego, and who has been in the island’s turtle conservation project for about 20 years, said that this phenomenon, which is known as arribada, is always linked to the waning nights.

The conservation of the species, also helps provide work for the inhabitants as tourist guides.

Tourists are offered packages that include the boat round, accommodation on the island, breakfast, lunch and dinner, a tour with a local guide, that includes observation of turtles on the beach.